How I Started To Enjoy My Own Company 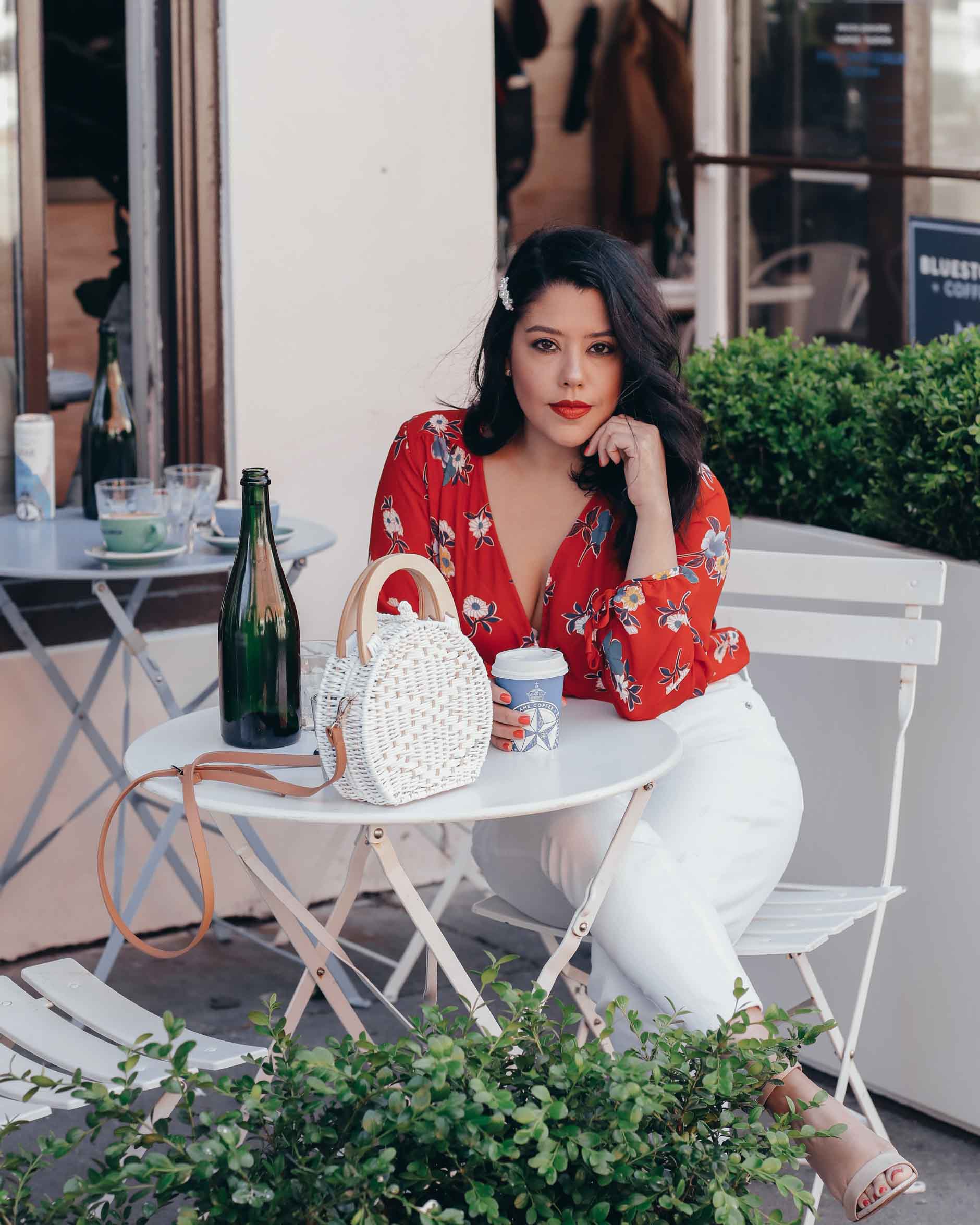 “Learn to be alone and like it. There is nothing more freeing and empowering than liking your own company.” – Mandy Hale

I often joke around with my friends and say that I am TOO good at being alone. That statement actually does hold some truth. It definitely wasn’t an overnight process for me as it’s been a lifelong journey thus far.

Back in my college days, I was someone who didn’t really know how to be by myself. Often times, I allowed my happiness to be controlled by whoever I was dating and my focus was solely on them. I went through two very difficult long-term relationships and got my heart broken both times. Once those ended, I found myself casually dating quite often and never fully gave myself the chance to be alone.

I was very insecure during my 20s. I didn’t really know who I was yet or who I wanted to become. There was so much soul searching that I needed to do, yet I allowed the discomfort of my solitude to get in the way of that. There’s a quote that has always stayed with me,

After my father passed away, I experienced true heartbreak and it was during those moments of my initial grief when something snapped inside of me. I realized that I had spent so much time NOT focusing on myself, not loving myself and not being able to enjoy my own company. I had spent the better half of my 20s trying to build relationships with guys who were not meant for me. I hadn’t realized how deep rooted my insecurities were and that the only way to overcome them was to be alone and to focus on the relationship that I have with myself first.

Self-love isn’t selfish – it’s necessary. If you can’t love yourself first and be comfortable and happy with who you are then how can you ever expect to be happy with someone else? And that was my problem. It was difficult for me to truly be happy in my relationships because I wasn’t very happy with myself. Then you throw being cheated on in the mix and you start to feel as though you aren’t good enough. You feel like you aren’t enough. And I felt that, very strongly, for a very long time. 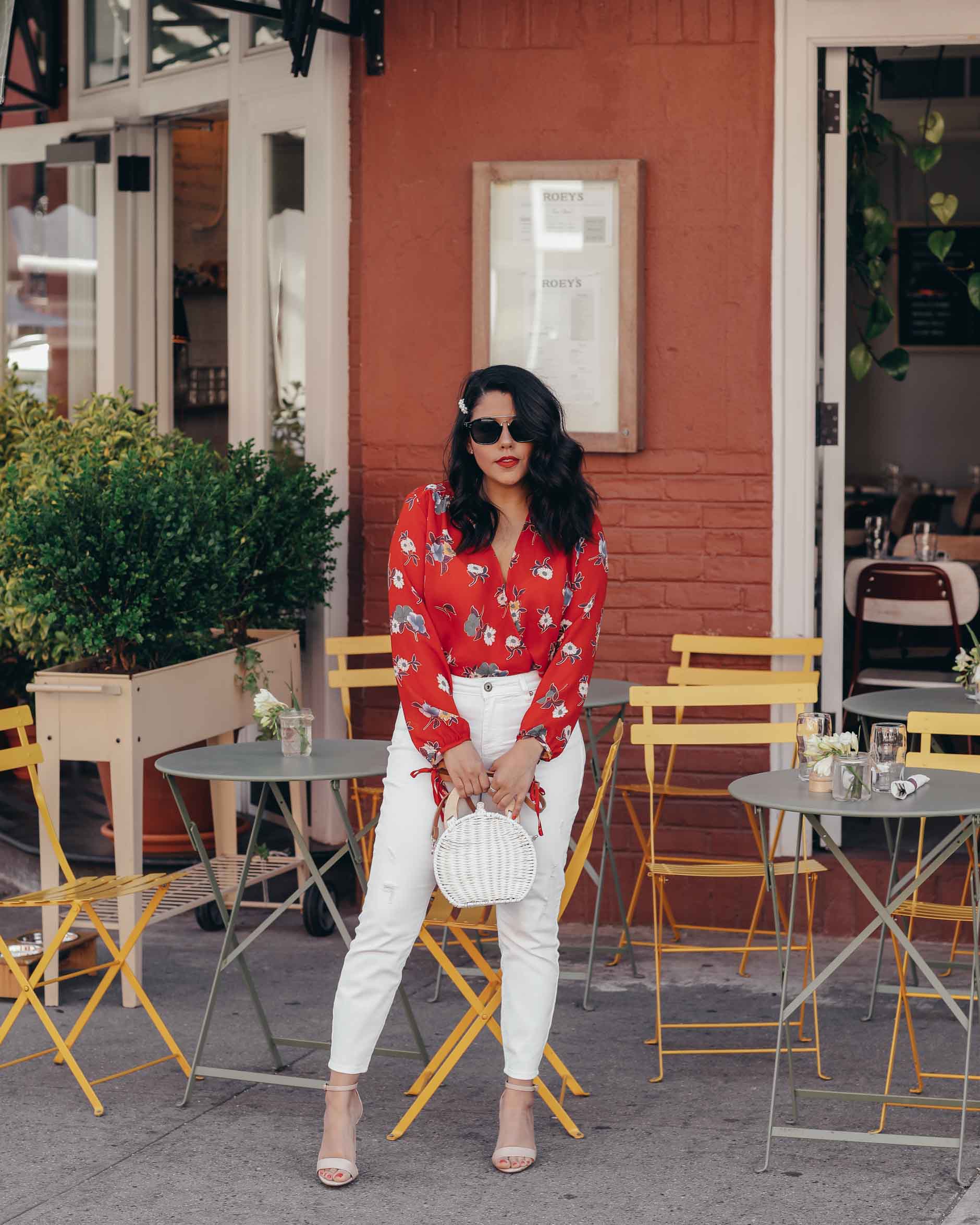 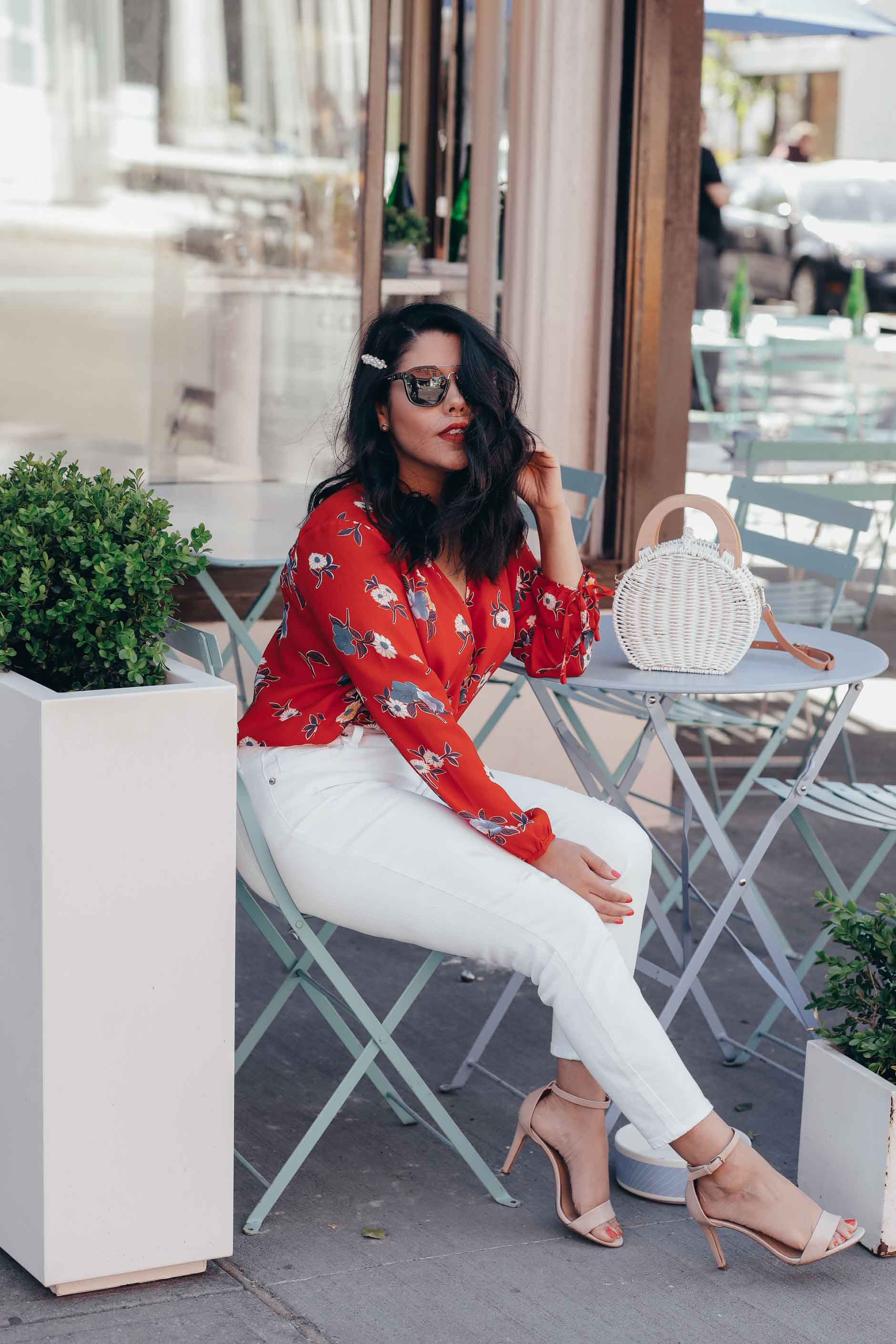 “On being alone: I think it’s a good thing to do; you get to know yourself and I think that’s the most important thing in the world.” – Robert Paul Smith

The first five years after my father passed away all seem like one big blur now. I was definitely still in the process of finding myself. I had just started this blog and was beginning to dive deep into the digital space – all while still being very insecure and learning how to be OK by myself. I still lived at home with my mom so technically, I wasn’t really ever alone. It wasn’t until I decided to take my very first solo trip to Ireland in November of 2015 that I was put in a position to be completely by myself. It changed my entire life and perspective.

As you all know by now (if you’ve been following my journey since then) my first solo trip was sparked by a promise that I had made to my father when he was still alive. Ireland had been a dream destination of his, but he never had the chance to go and visit. He made me promise him that if he beat the cancer I would take the trip with him. After agreeing I then told him that if he didn’t make it through, I would one day go for him. So that’s exactly what I did after the 5 year anniversary of his passing.

Since Ireland, I have traveled by myself to 5 other countries and countless cities. I am constantly asked how I’m able to be so comfortable traveling alone. The truth is that I don’t have one set answer. It just feeds my soul so much in ways that I don’t even know how to describe. There’s something extremely freeing and empowering about being alone in a different country and navigating it on your own. It actually made me realize that I am in fact ENOUGH. It helped me free so many emotions and insecurities that I had locked away deep down inside. It forced me to take a real look at who I am and who I want to become. Does it make me uncomfortable at times? 100% – but I do it anyway.

You’ve heard it so many times already I’m sure, but you don’t truly grow until you take yourself out of your comfort zone. You have to learn to be comfortable with being uncomfortable. I didn’t grasp this concept fully until I took that leap of faith in 2015. I started to tap into this whole other version of myself. I actually think it’s who I’ve been all along, but I had never given myself the opportunity to see that until my first solo trip. 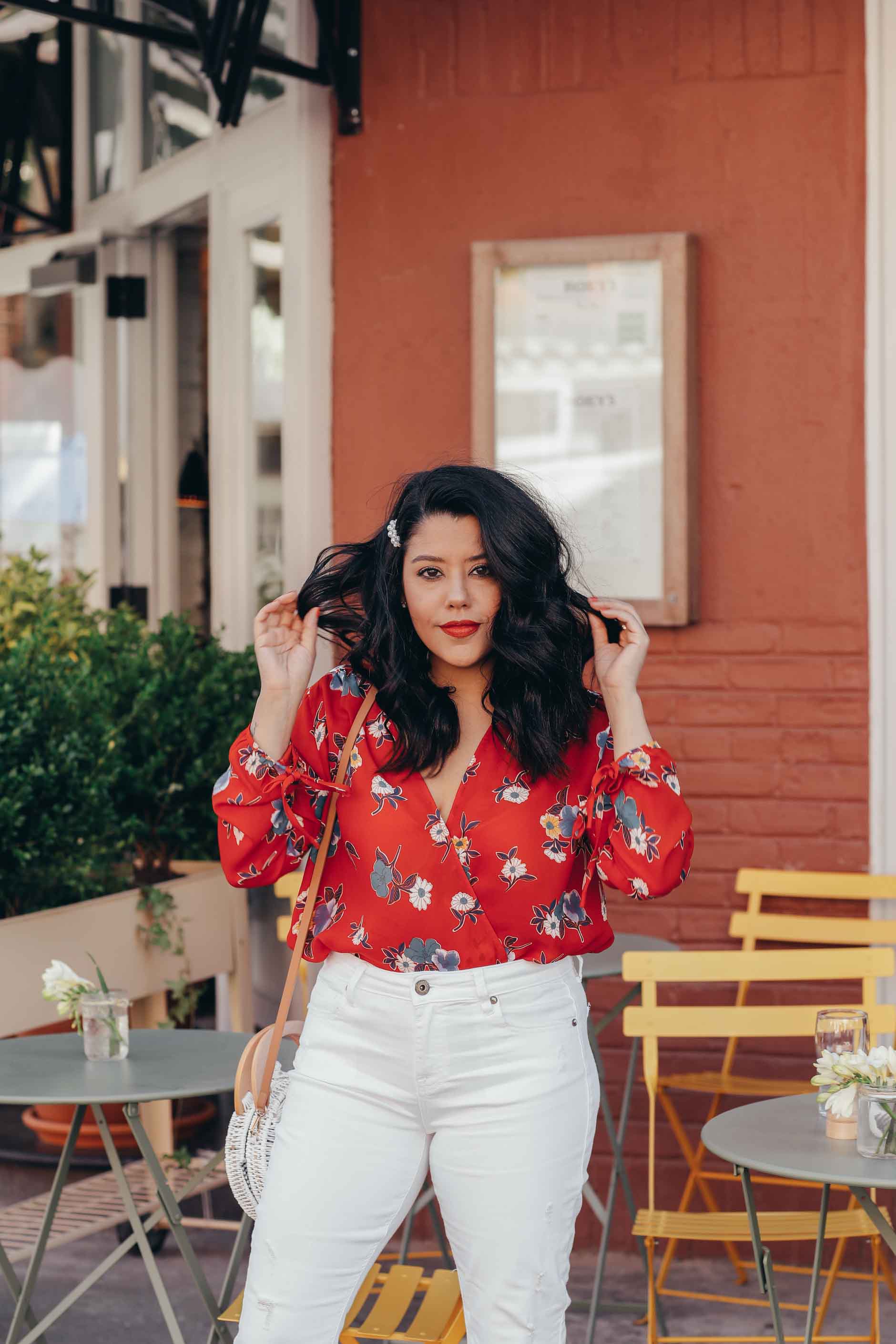 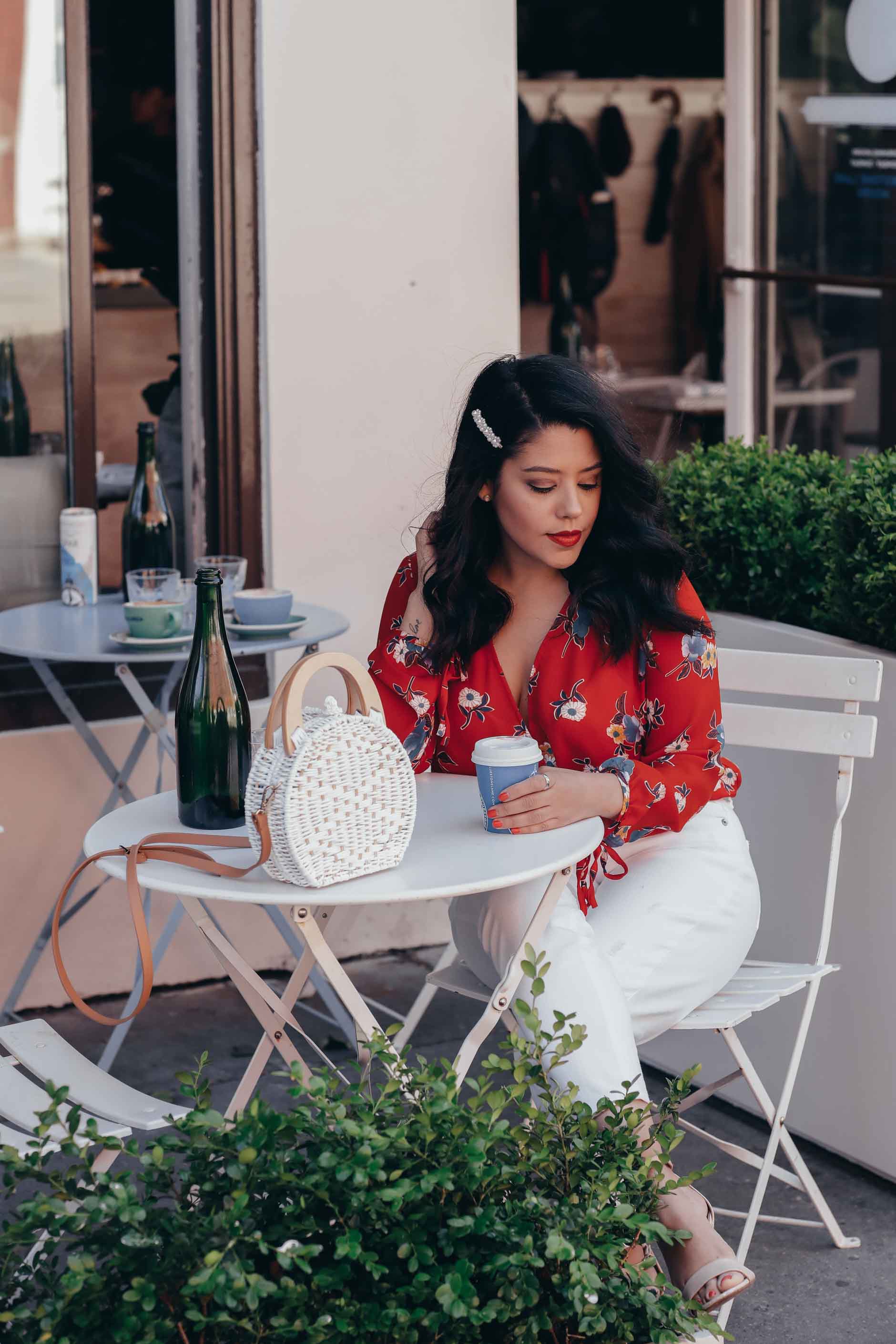 “You’re always with yourself, so you might as well enjoy the company.” – Diane Von Furstenberg

Beyond the travels, I now live alone in NYC as a single girl in her mid-30s. Does it get lonely? Sometimes, yes. I’d be lying if I said otherwise. I am growing so much in this season though. It excites me when I can look back on my growth and see the progression that I’ve made. I’ve been able to create this life for myself, even after all of the loss and hardship that I’ve personally experienced. There’s something very empowering about knowing that I did it all on my own.

Not everyone is going to be able to pack their suitcase and fly across the world by themselves on a whim, but that doesn’t mean you can’t learn to enjoy your company exactly where you are now. It can definitely be more of a process for some than others, but the most important thing is that you start somewhere. I recently took myself out on a solo lunch date in the city and truthfully that’s the first time I did that here in NYC. I do it when I’m traveling alone so there’s no reason why I can’t do that here at home.

For so long, there was such a stigma around seeing a woman out by herself. Now that solo traveling has become increasingly more popular amongst women, I think that stigma is fading away – and it should. There is absolutely nothing wrong with taking yourself out on a date. It’s actually very calming and allows you to soak in every moment and be fully present. We often worry what other people are going to think and usually we are the ones judging ourselves and no one else. Sure, I’ve gotten some stares when I’m out eating at a table with a place setting for one, but I’ve also met so many wonderful people along the way who just get it. In fact, so many applaud it.

BE CONFIDENT IN WHO YOU ARE. You’ll shine so much and other people are going to gravitate towards that energy.

You can be alone AND be happy about it. It doesn’t always have to feel lonely or terrifying or uncomfortable. You have to be able to change your mindset on that. Taking the time to learn about yourself on your own first is such an essential part of our growth. 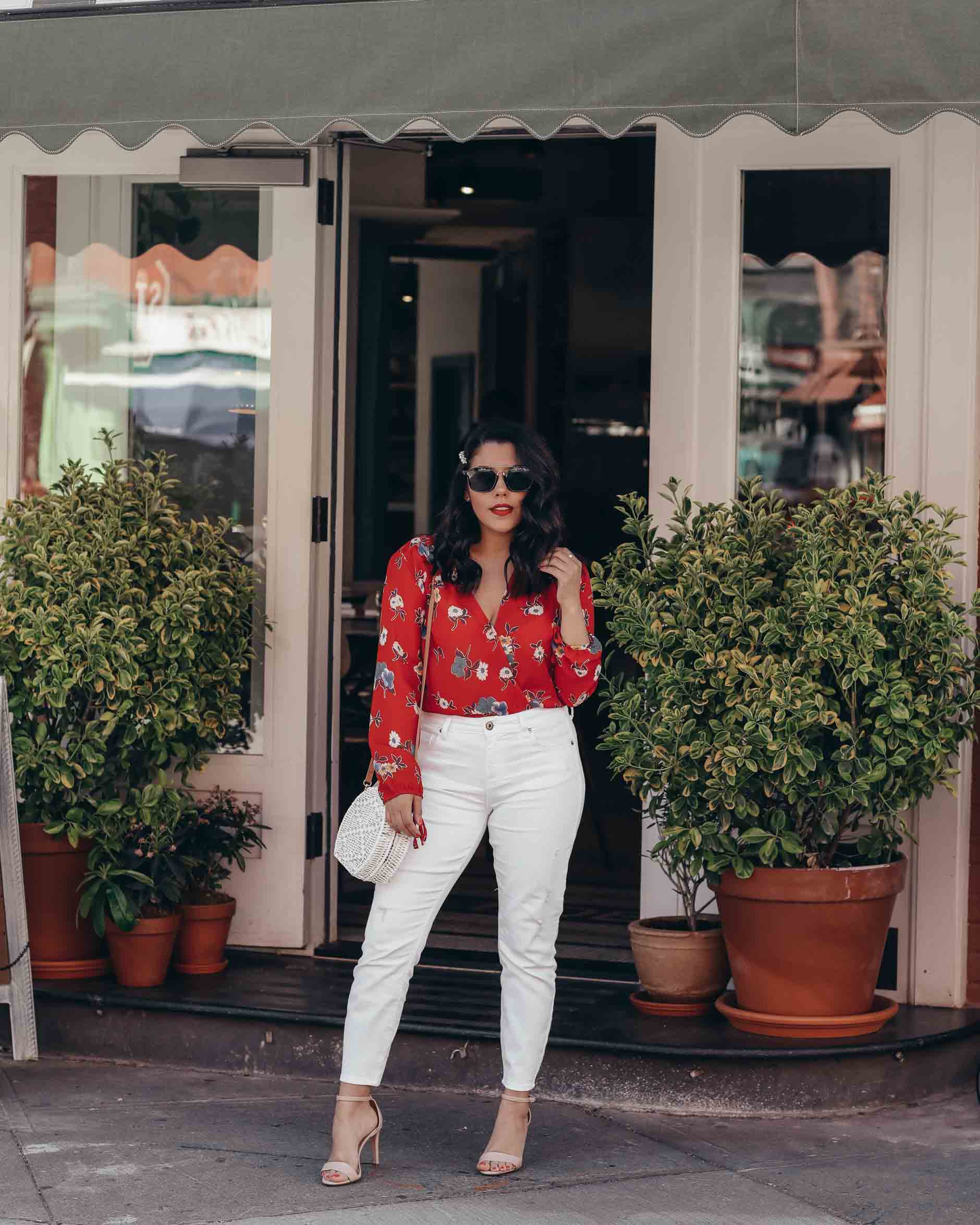 I do often wonder about the woman I would be today if I hadn’t lost my father. It’s such a crazy thing for me to question, but it definitely forced me to rebuild my life for the better. I don’t know if I would have ever traveled solo or been single for so long. I’m not sure if this would be my current job and if I would have ever moved to NYC. Life is pretty insane that way. It throws you so many obstacles and it can take so much from you. You have to then ask yourself, “How am I going to get through this? How can this make me better?”

I felt compelled to share all of this today because I do often get asked how I can be so comfortable with being on my own. It’s a topic that I feel very passionate about because it took so much for me to get here. I had such a different outlook back in my 20s. It’s been an incredibly long journey of self-love, but I’m so thankful that I found my way. The relationship that I have with myself is nowhere near perfect. I am a constant work in progress. I can say with full confidence now though that I really do enjoy my own company and doing things on my own. I do love the woman I have become and I’m so thankful that I’ve been able to live a life outside of my comfort zone.

If you are someone who struggles with the concept of being alone, just know that you too can learn to enjoy your own company if you just give yourself the opportunity. Don’t allow the fear of being uncomfortable to prevent you from that. Instead, let that be a motivating factor on your own personal journey of self-love. ❤️