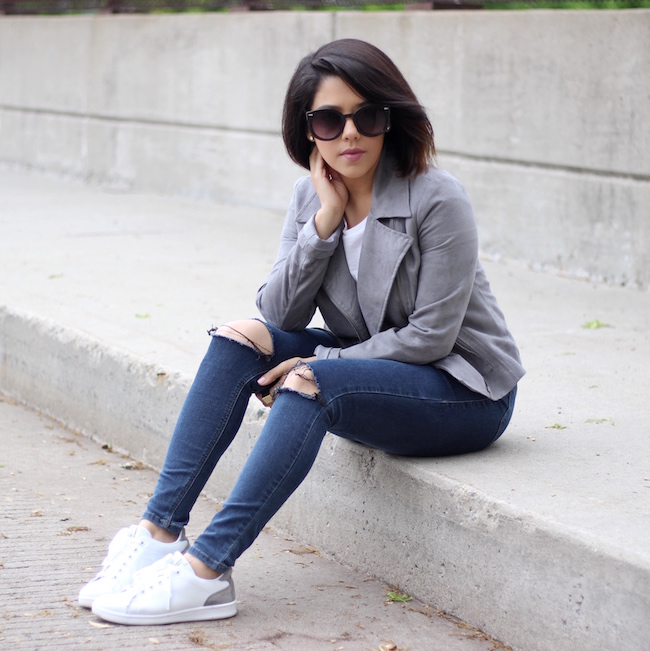 It feels good to be writing another Life Chats.  Letting so many weeks go without posting these has not been my intention, but maybe it’s better if I don’t write these every single week.  I think having some space in-between allows me to say so much more at times. I decided that for some of these LC posts, I would address one of the FAQs [frequently asked questions] that I tend to receive via emails and/or social media platforms. These are a bit more personal and not fashion/beauty related, which is why I felt it would be good to include them in this series from time to time.  The question for today is one that I have received countless times over the past few years.  With Father’s Day slowly creeping up, my dad has been on my mind and in my heart even more so than usual.  So today when I woke up, I just felt the need to share this message.

How were you able to handle your father’s death and continue on with your life?

As mentioned above, I have gotten this question many times over the years from those who have lost a parent and are struggling to get through it.  Let me just say that I did not handle it well.  Not in the beginning.  Even after almost 6 years, it’s something that I still continue to struggle with internally. I was in a very dark place emotionally for a long time after he died. I felt guilt.  I was in denial. I was angry and depressed.  It took me years to figure out my life and to regain my sense of self.  There is no right or wrong way to grieve.  We all do it in our own ways.  It is a process and it takes time.  I still grieve to this day.  I pretended to be OK for a long time, but behind my fake smile was a broken girl.  I learned to deal with it without really dealing with it. It wasn’t until my solo trip to Ireland in November where I truly felt free from so many of the emotions that I had caged inside of my heart. They say the last stage of grief is acceptance.  Have I accepted it?  I honestly still can’t answer that.

One of the things that I loved so much about my father was that he pushed everyone to be the best version of themselves.  That message always stuck with me, even more so after he passed.  I remember one day something just clicked inside of me and I knew what I had to do.  I just knew that I needed to go after my dreams and do what makes me happy because that is exactly what he would have wanted for me.  It made me so angry that he didn’t get to do so many of the things he still wanted to achieve.  He was 62 when he passed, but he was still so young.  He should have had more time.  He had only been retired for one year after being such a workaholic his entire life.  His school and his work were such a huge part of his every day life.  He rarely took time for himself. I just always felt like he never really got to LIVE.  There’s a difference you know, between being alive and living.  I didn’t really understand this until he passed away and that is another reason why I took that solo trip and visited a place that was on his bucket list.  If that was a dream of his he never achieved, then I sure as hell was going to live it out for him.

After he died, someone told me that my life was only going to get better because now I had my father as my Guardian Angel watching over me and protecting me.  I didn’t pay much mind to it at first because it just seemed like a cliché thing to say.  But let me tell you, they were right.  Between my connection to God and to my father, I just know in my heart that he has helped guide me through out these last 6 years because boy was I lost.  I’ve had such vivid dreams of him trying to send me messages that didn’t always make sense in the moment, but after time I began to understand.  It’s like this voice both inside my mind and my heart that I cannot explain.  I talk to him every day and to some maybe that sounds crazy, but it helps me. I don’t visit the cemetery that often because it’s still hard for me to be there, but when I do go I just sit down by myself and literally have a conversation with him.  I pour my heart out and I tell him my struggles.  I SWEAR to you, not long after, things start to get better. He’s helped me to achieve so many of my dreams. He’s given me strength. I still do not know how I did it, but somehow I took his death and I turned it into my motivation and inspiration to live my best life and to be my best self.

So after saying all of this, if you are struggling with the loss of a parent or any loved one for that matter, allow yourself to grieve and to feel the cycle of emotions.  I can’t tell you how to get through it because it’s so different for everyone.  I can’t tell you that things will get better because in order for that to happen you have to truly believe it. I honestly didn’t believe it at first.  It definitely took me time to see that better days were ahead. I can tell you this though.  You are so much stronger than you realize or give yourself credit for.  Live your best life, go after what you want, and face your fears because you have someone amazing who is right beside you holding your hand the entire time.  It’s OK to feel broken.  Now you have the opportunity to rebuild yourself.  Slowly, but surely, the pieces start to come together again.

Thank you for reading this, love you guys. <3