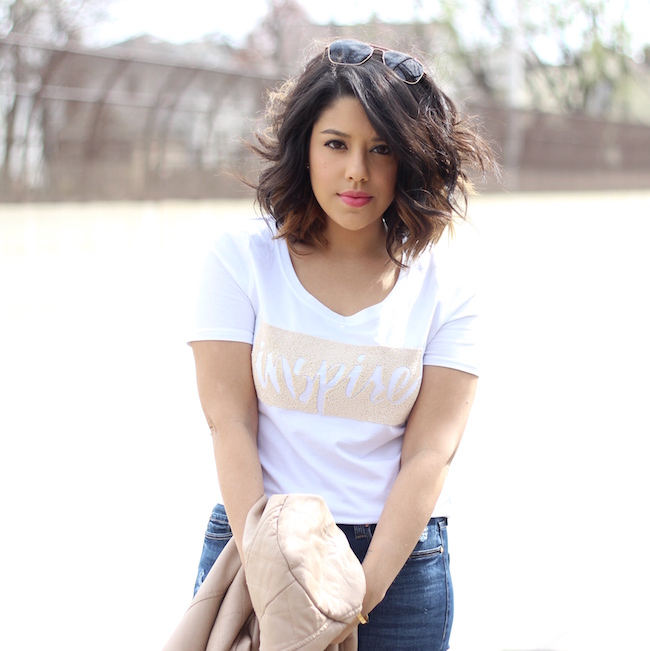 Happy April! Don’t worry, there won’t be any April Fools jokes in this post. 😉

For today’s Life Chats, I wanted to share something personal that I started doing this year.  I had briefly mentioned it via an Instagram post last month, and a lot of people said that they loved the idea and would possibly give it a try themselves.  I hope you do because I know it will be helpful for you as it has been so far for me!

I am someone who has many goals and many dreams and truthfully it’s sometimes hard for me to keep up with myself.  When there is so much that you want to accomplish, it can be difficult to prioritize and make each goal a separate one instead of clumping them all together.  You sometimes don’t even know where to begin, what to tackle first and how you are even going to get it all done. I swear that my brain is just on overflow all the time, which tends to leave to forgetfulness, a million ideas floating around and goals that never get met.  I decided that I needed to figure out a way to break things down and make my goals more realistic to achieve.  I am a firm believer that you have to really envision what you want, literally see it happening in front of you, and put that positivity and certainty out into the universe.  When you do, you will be surprised what can come to life.

In the very beginning of March, I wrote down several different goals/wishes that I wanted to accomplish that month.  I ended up writing down 6, two of which had 2 separate parts.  I then wrote down my prediction of what I thought would happen in March and sealed this in an envelope.  To remind myself, I wrote on the envelope not to open it up until April 1st, which I did this morning.  Now before I get into the specifics of what I wrote and what I accomplished, I just wanted to share my throught process behind this.  First off, writing things down is way more helpful than you can imagine.  It’s seriously like releasing some pressure from your mind because it’s one less thing that you need to remember.  So my idea of writing down the goals in small increments was a way to free some space in my mind and also break my goals down monthly. It’s crazy, but once I wrote them all down, I swear to you that I did not think of them again in March. I actually forgot what I wrote, but what’s so weird is that even though I had forgotten,  I still knew what I wanted and needed to do.  Does this even make sense?  Probably not because I have no idea how to explain it. Ha!  My reason for sealing them in an envelope ties back to that whole idea of envisioning what you want and putting it out there in the universe.  Think of a message in a bottle or inserting a wish into a balloon and letting it fly away.  The only difference is that I did not send it off somewhere. It was really just about that idea of putting it out there, even if no one ever saw it besides me.

So I opened this up today and have to say I was so surprised!  Out of the 6 goals that I wrote down for March, I accomplished 3 of them.  Those 3 were actually the most important to me.  My prediction was that I would meet half of the goals and I was right.  I guess I know myself pretty well, huh?  A few of the things that I wished for actually came true.  I worked hard at achieving these things last month without giving it too much thought.  It’s like I knew what I needed to do and I just did it.  The goals that I did not meet are things that I will write down again for April, only this time I am going to make them the most important ones. I am anxious to see if I can finally achieve them this month and I want to see what other wishes will come to life.  For me, this was more effective then writing down a “To-Do” list.  It honestly helped release some pressure that I had put on myself and made my goals seem much more attainable.  Again, I don’t really know the best way to explain it all, but it honestly has worked for me so far.  I plan to do this each month and at the end of the year, I am going to look back on each card and see all I accomplished and all that I need to keep working towards.

Do you think this is something that you would want to try?  Have you ever done something similar?  Obviously different things work for different people, but I’m curious to get your thoughts! If you do decide to do this, I hope that you will share your outcome with me and if it was also effective for you. Thanks so much for reading today’s post and hopefully it inspired you to crush more goals! Have a great weekend loves.