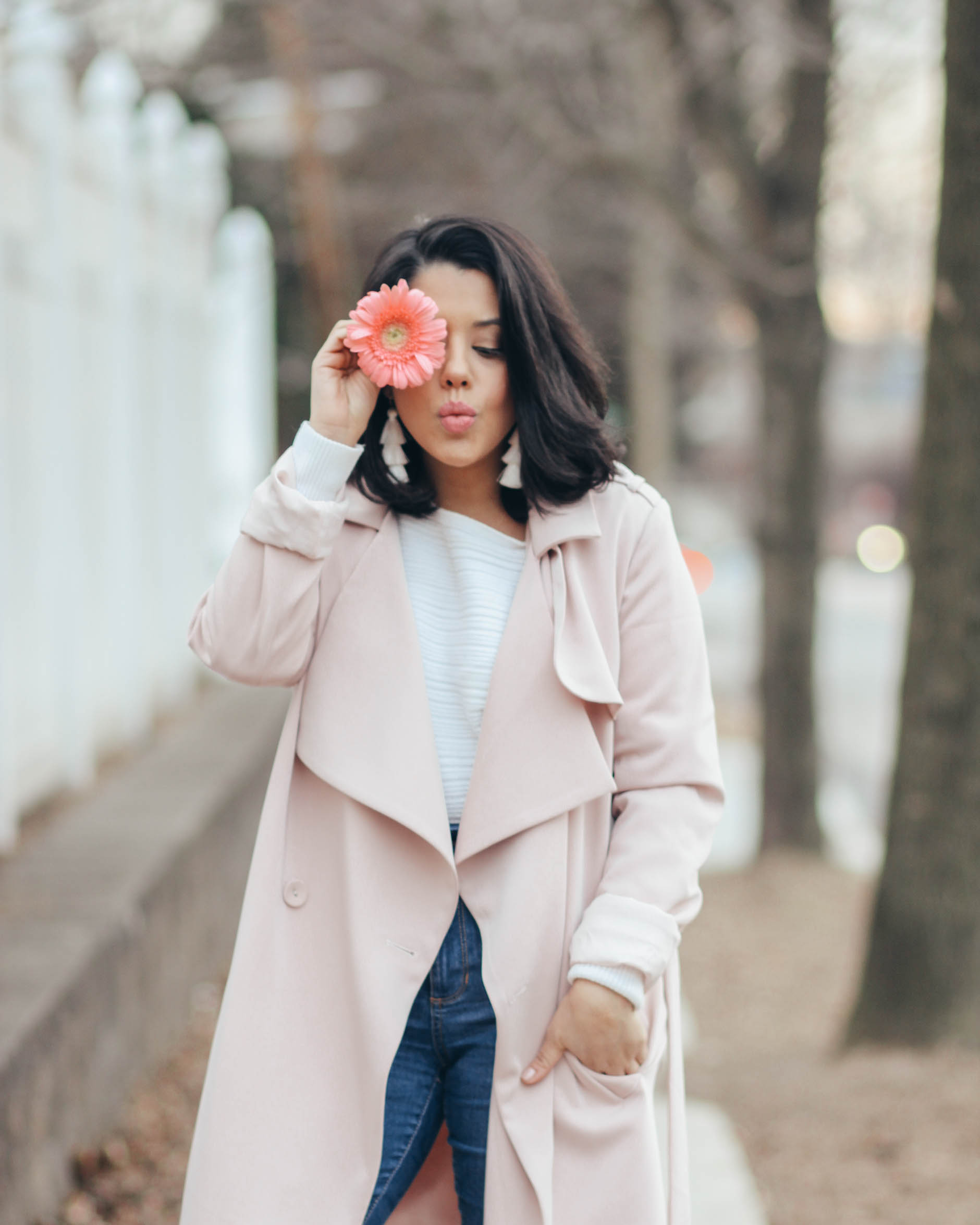 I didn’t realize how long it’s been since I’ve written a life chat! I’ll spare you the excuses as to why I’ve been silent on this topic and instead just say, I’m back! And I missed these chats.

The last time I spoke about moving into NYC was during Christmas time. I promised myself that I would stay quiet about this until I had a better idea of what was going to happen. I’ve been getting several messages lately, asking me about the big move. So I decided to fill you all in on my most recent update as well as some background info on the apartment.

Towards the beginning of last year, I began my apartment hunt online. I had to narrow down my ideal locations and basically see “what I was working with” within my budget. It’s no surprise that NYC is expensive AF, so most of the places that I found were super crappy and tiny. Of course, the nicer ones were well above my monthly budget. It would be amazing if I could live in a high rise building with an elevator, doorman and great amenities, but financially I am not there yet.

And I am OK with that.

The goal for me was to at least find a decent first apartment in a good location so that I could really test out living in NYC. I don’t need luxury, I just need something that feels like home.

Flash forward to the summer time – I had a really lengthy conversation with one of my good friends on the phone. She basically told me that she was planning to move out of the apartment (that she owns) so she could get a bigger place with her husband after their wedding. Instead of selling the apartment, she decided that she would still own it and rent it out.

Then the lightbulb went off.

I’ve stayed over at her place several times, especially during NYFW. It’s a small studio alcove in a walk-up, but it’s super cozy and charming with so much character. It’s in Hell’s Kitchen, which is such a great location for me. It just made so much sense.

I was sort of joking at first, but said something along the lines of, “I should just rent your place from you! I don’t know if I could afford it, but what would the rent be?”

So we got into this whole discussion of how we could possibly make this work for the both of us and decided that March would be the best time. It felt like the stars were aligning and that this long-time vision of mine was finally coming into fruition.

But of course, there is always a curveball.

The apartment is in a co-op building making the whole process a bit lengthier and trickier. Initially, we were both under the impression that since we’ve known each other for years, it would be easier. But of course, there are a set of guidelines that still need to be followed.

We had a little bit of a waiting period around Christmas time before I even began the application process. Without going into every single detail, I will just say that my friend has already moved out into another place and I have officially submitted my application!

It can take up to 30 days for the application to be processed and then I would also have to go in for an interview with the board before getting final approval. It’s a lot. And I can’t lie – all of this has made me so nervous.

It’s that feeling of having something so close within your reach, yet it’s still too far to grasp it.

This is one of the reasons why January has been such a crazy month for me. I’ve spent the last several weeks getting all of my documentation together and focusing so much on all of this. I still have no idea what’s going to happen yet, but I’ve been praying on it every day.

Whatever the outcome, it’s still an incredible feeling to see how far I have come on my own. To finally be in a secure enough place in life where I can make this a reality speaks volumes for me. I know in my heart that if it’s meant for me to live there, then God will make it happen. And if not, it’s just bringing me closer to the place that I will soon call home.

I’m filled with a ton of different mixed emotions, but I will most likely dive into that deeper when it’s officially time to move. I’m still proud of myself for getting to this point and I’m so excited to see what a future in NYC could bring me.

Thank you so much for reading. Please send me your positive vibes. I’ll definitely let you know what happens next! ❤️