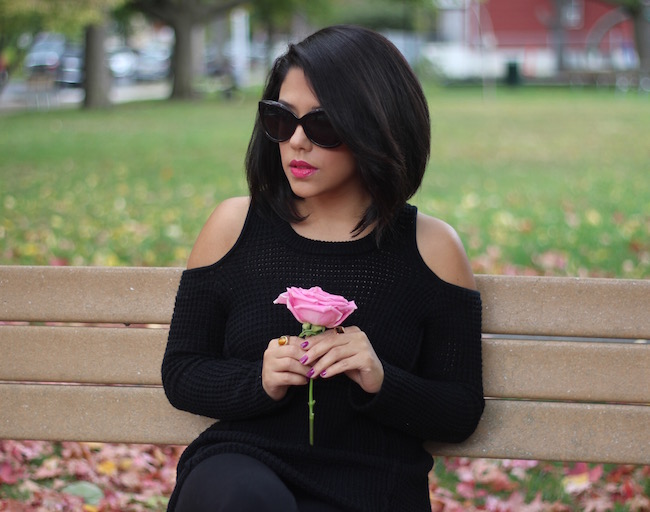 Last week I went out to a birthday dinner and got into a conversation with one of my friends about fear.  We got on the topic because of my upcoming trip to Ireland and she mentioned how she’s had some recent travel opportunities with work, both in and outside the U.S., but has turned them all down due to fear of traveling alone.  She will not get on a plane by herself.  That then led into further discussion of fear and how it seriously prevents us from doing so many things in our lives.  I can’t explain it, but it made me angry.  Not angry at her, just angry at how we all stop ourselves at some point or another because we are afraid.  Fear can be so crippling and that is the inspiration behind today’s Life Chats.

I think back to the promise that I made to my father about going to Ireland.  Truthfully, at some point in his life, I know that he would have been able to make that trip happen.  However, he was afraid of flying in airplanes, so that dream of his slipped further and further away.  But imagine if he conquered that fear?  Imagine he went and did it anyway and instead of it being this lifelong dream that he never fulfilled, it would have been something that he actually accomplished.  It just makes me sad.  I know that I am going for him and that he will be with me every step of the way, but I still wish in my heart that he could physically be there too.  I wish he could have said, “I did this.” Don’t get me wrong though.  My dad was extremely brave in other ways.  He fought for his life for three months.  He faced cancer head on.  I know he was terrified, but he never showed it.  He was strong for himself and for the family.  I will forever admire him for that.  I know that if he came out of it ok, he would have lived his life differently.  He would have taken that trip to Ireland.  He would have faced any other fears that he had.  It would have changed him forever, just like it changed me.

I have to be 100% honest.  Before my dad left this world, I was afraid of SO many things.  I passed up multiple opportunities because I was scared and nervous.  It crippled me.  It gave me anxiety.  I would do my best to push through it, but I always let my nerves get the best of me.  It made me feel like I had given up without even trying.  Fear of failure always consumed me.  I hated that feeling.  When I lost my dad, it just changed my perspective completely.  I mean I literally did a 360.  I went from running away from things to diving in head first.  I now ask myself, “What’s the worst that can happen?  What are you really afraid of here?”  And I am not just talking about flying in planes or traveling alone; I mean this with every aspect of life.   I just see it all differently now.  We are given opportunities and chances and way too often we turn them down because we are too comfortable in our little comfort zones.  Don’t you know that when you step outside of that bubble that is where the magic happens?  That is where your life truly begins.  It took me awhile to get here, but I did.  If you haven’t made it yet, then I hope you meet me here soon.

There is so much beauty in conquering our fears.  One of the best feelings in the world is to do something that you were once afraid of. Take that leap of faith.  It’s such a rush.  You are immediately filled with adrenaline and feel as if you can overcome the world.  It makes you feel so proud to know that you did it.  I am not saying to go and bungee jump off a bridge, but don’t miss out on the next big thing because you are scared you won’t succeed or because you are afraid of the unknown.  I think back to all of those things that I missed out on and I can’t lie, it makes me a little bit angry with myself.  All I can do is make sure that doesn’t happen again.  I think now the only thing that I am truly afraid of is not fully living my life.  There is a huge difference between living and existing.  Which one are you doing?  In order for us to continue to evolve, I think it’s important to branch out and have different experiences.  Life goes way beyond our homes and our jobs.  See what else the world has to offer you.  Do things now, while you still can.  In 30-40 years, I hope you look back and are able to say, “I did that.  I lived.” <3