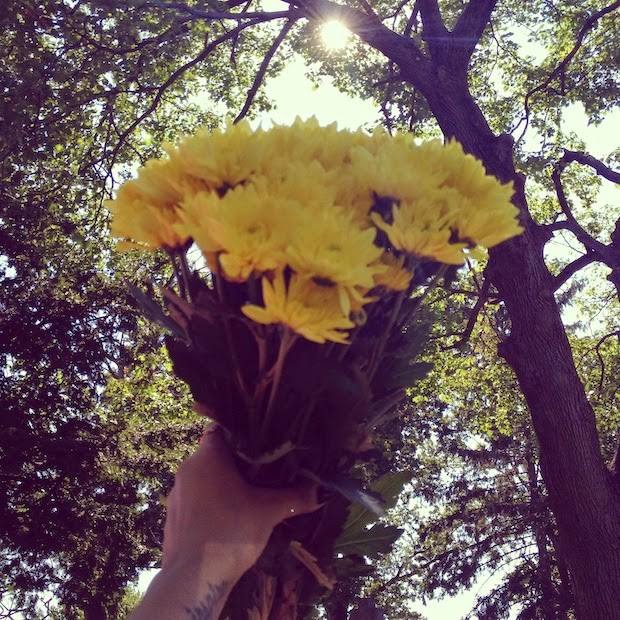 There are certain moments in life when you remember every detail specifically.  It doesn’t matter how much time goes by, those feelings and those memories still feel so recent.  Four years ago on Memorial Day weekend, I was heading home Saturday night after going out with some friends.  I remember being stopped at a traffic light when my sister called me.  She wanted to let me know that she was on her way to the hospital with my dad because he was having really bad stomach pains.  I just remember feeling so scared and this sudden wave of uncontrollable emotions took over me. I wanted so badly to keep a positive outlook, but I knew deep down that there was something terribly wrong.

Now a week prior to this, my dad mentioned that he had not been feeling too well.  This was a man who was rarely ever sick a day in his life so we were all instantly worried.  We had celebrated my mother’s birthday and a few of my relatives had mentioned that my dad’s skin was looking a little bit jaundice.  The thought of something being wrong with his liver was our first instinct.  A few days after that party, I had lunch with him at a local pizzeria.  He could barely get through the meal.  I kept telling him that he needed to see a doctor, but my dad was stubborn and always wanted to be strong for everyone else.  Two days after that (bringing us back to that Saturday), I had plans again to see my father, but I was out running errands all day and told him that I had to cancel.  I remember hanging up the phone with him and suddenly got a really bad feeling that I could not shake off.  So I stopped by his house and he was so happy to see me.  I knew as soon as I saw his face that he was not ok.  He said that he had a bad night and couldn’t sleep.  His stomach was still bothering him and this had been going on for a week or so.  I made him promise me that if it happened again that night, to let one of us bring him to the hospital.
So when I got that call from my sister, I knew it was going to be something serious because if my dad allowed her to take him to the hospital, then deep down he knew it too.  We were there all night with him as the doctors ran multiple tests.  Even in his bed in the emergency room, he told us to continue with our plans for going down the shore the next day.  He didn’t want to be the reason that we couldn’t have fun.  He was such a selfless man, always putting everyone first before him.  I remember holding his hand and telling him that there was no way we were going to leave him.  That moment as I looked into his eyes, I saw fear for the first time.  The doctor came over to tell us that they found a mass on his liver and needed to run some more tests.  And then it hit me.  I knew it was cancer.  We all knew it.

On Memorial Day, he was diagnosed with stage 4 colon cancer and it had already spread to his liver and his lymphnodes.  There are no words to describe what it felt like hearing that diagnosis.  My entire world came crashing down in that instant.  They didn’t give us a time frame for his life.  They weren’t sure if the chemo would work.  We just had to try and do what we could to keep him here for as long as possible.  I think I was in denial those next three months.  I knew what was happening but it was just so hard for me to accept.  It was hard for all of us to come to terms with the fact that my father could die.  I prayed for a miracle every day.  Deep down in my heart I really believed that a miracle was going to happen  Whenever my dad would talk to people about having cancer, he always said, “I’m going to fight it.”  And he did.  He fought as hard as he could those three months.  And that’s why he is my hero.  I learned so much that summer about life and myself, but most importantly I learned how to fight through fear from the most amazing man I’ve ever known.

When he passed away, everything changed and I was not ok for a very long time.  I learned to deal with his loss without really dealing with it.  I just had to force myself to go on with my life.  To be completely honest I don’t think I’ve ever accepted it.  There will always be a piece of me that is missing.  If you’ve lost a parent or any loved one for that matter, then you know that time doesn’t ever heal that wound.  I thought a lot about doing this post because it’s so personal.  I think each time I write about my dad I open up a little bit more.  What happened with him is such a big part of me and my life.  I want to be able to share more on here than just my outfits because there is so much more to me than that.  I’m no expert on dealing with loss because even four years later, I’m still dealing with it.  But if any of you have experienced something similar, please don’t ever hesitate to reach out.  It’s a constant battle, this I know.

If you took the time to read this, thank you so much for allowing me to share it with you.
And I just want to say thank you to all those who have served our country.  You have made the ultimate sacrifice and we are forever grateful! We remember you today and always. <3