My Struggle With Dermatitis 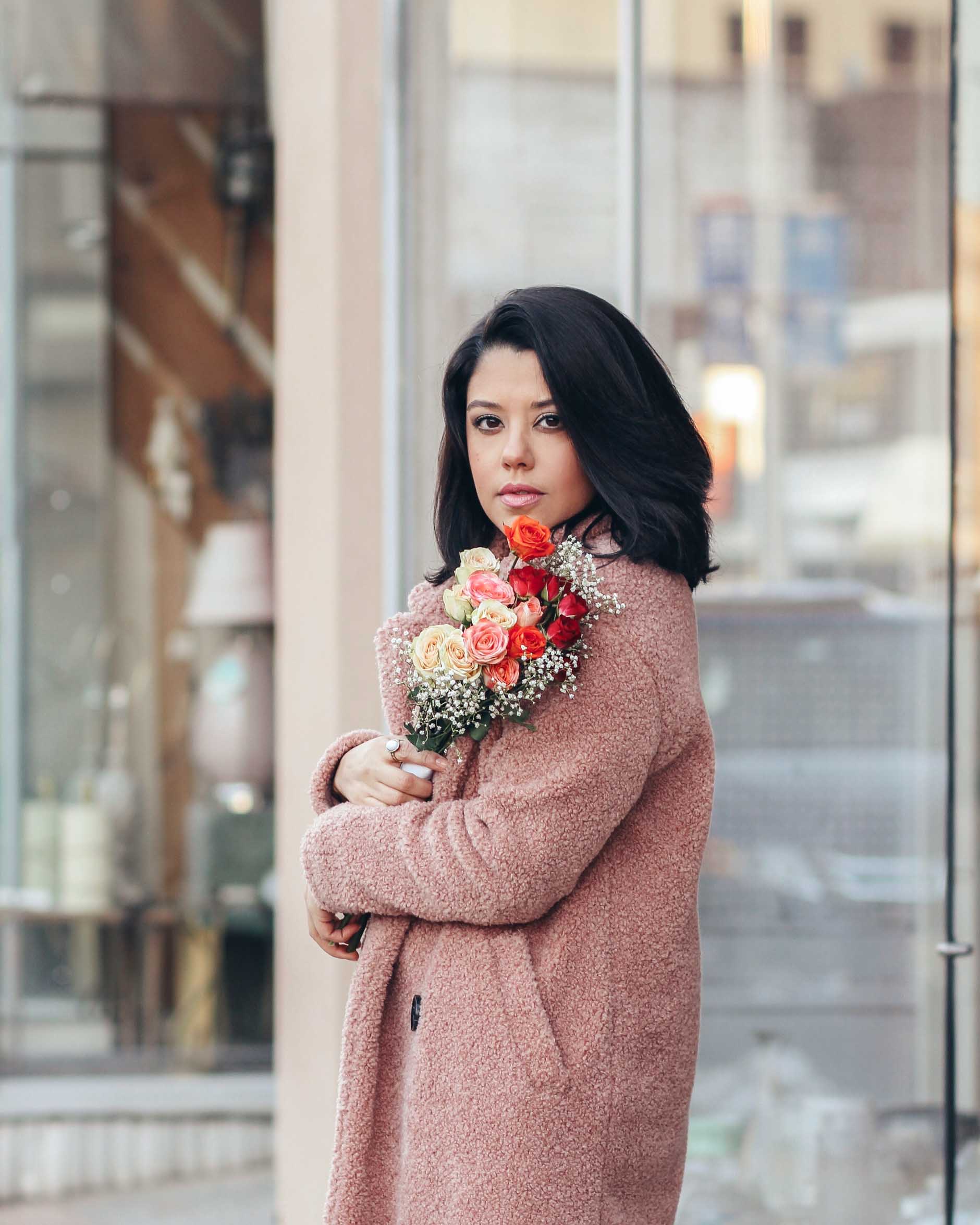 This post is long overdue. By now, I’m pretty sure that most of you know I’ve had dermatitis for years. I’ve mentioned it briefly several times before, but never dedicated an entire post on this topic. I thought that it was finally time.

Let me give you the background info on how and why this all began.

The summer after my father passed away, it made its first appearance on my thighs. The inflammation was so red and noticeable that I went the entire summer covering up my legs as much as I could. Initially, it looked like I had ringworm. I didn’t understand what was happening with my body and I honestly felt extremely insecure.

I went to a dermatologist who did several tests and could not figure out what I had. She gave me medicated cream that did literally nothing for me, so I went to get a second opinion. The new dermatologist couldn’t pinpoint exactly what I had either, so he basically diagnosed me with chronic dermatitis, most likely caused by a traumatic and stressful life event. I guess it was no surprise that this happened for the first time after my father died.

He also gave me medicated cream, only this time it was much more effective. The dermatologist told me that it probably wouldn’t come back. While it did go away for a little while, he was wrong. It has come back more times than I can count throughout these last 7 years and it’s spread to other parts of my body. The cream that was once effective no longer worked.

Just in case you are not familiar, dermatitis is a skin condition similar to psoriasis. For me personally, I experience severe dry patches that often get red and irritated. The flare ups usually happen when the seasons change, summer and winter being the worst. It’s easy to cover it up during the cold months, but it’s difficult to hide in the heat.

I also experience flare-ups when I’m very stressed out and sometimes even when I travel. I remember landing in Stockholm back in 2016. As I changed my clothes, I saw that my legs were completely covered from my ankles to my thighs. It happened in Miami back in 2014 during swim week just as I was getting ready for a pool party. I remember these moments clearly because I’ll never forget how I felt. I was ashamed of my own body. 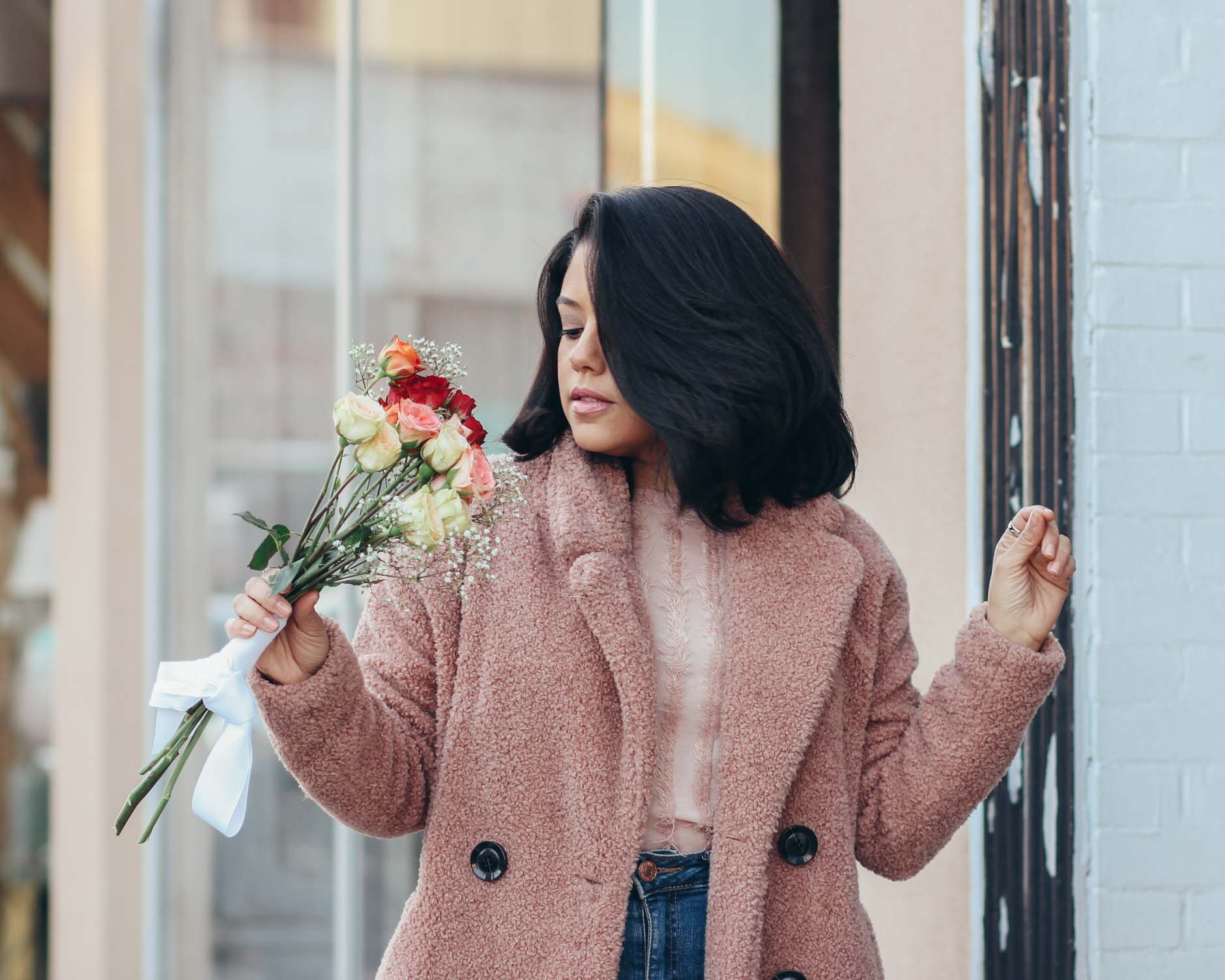 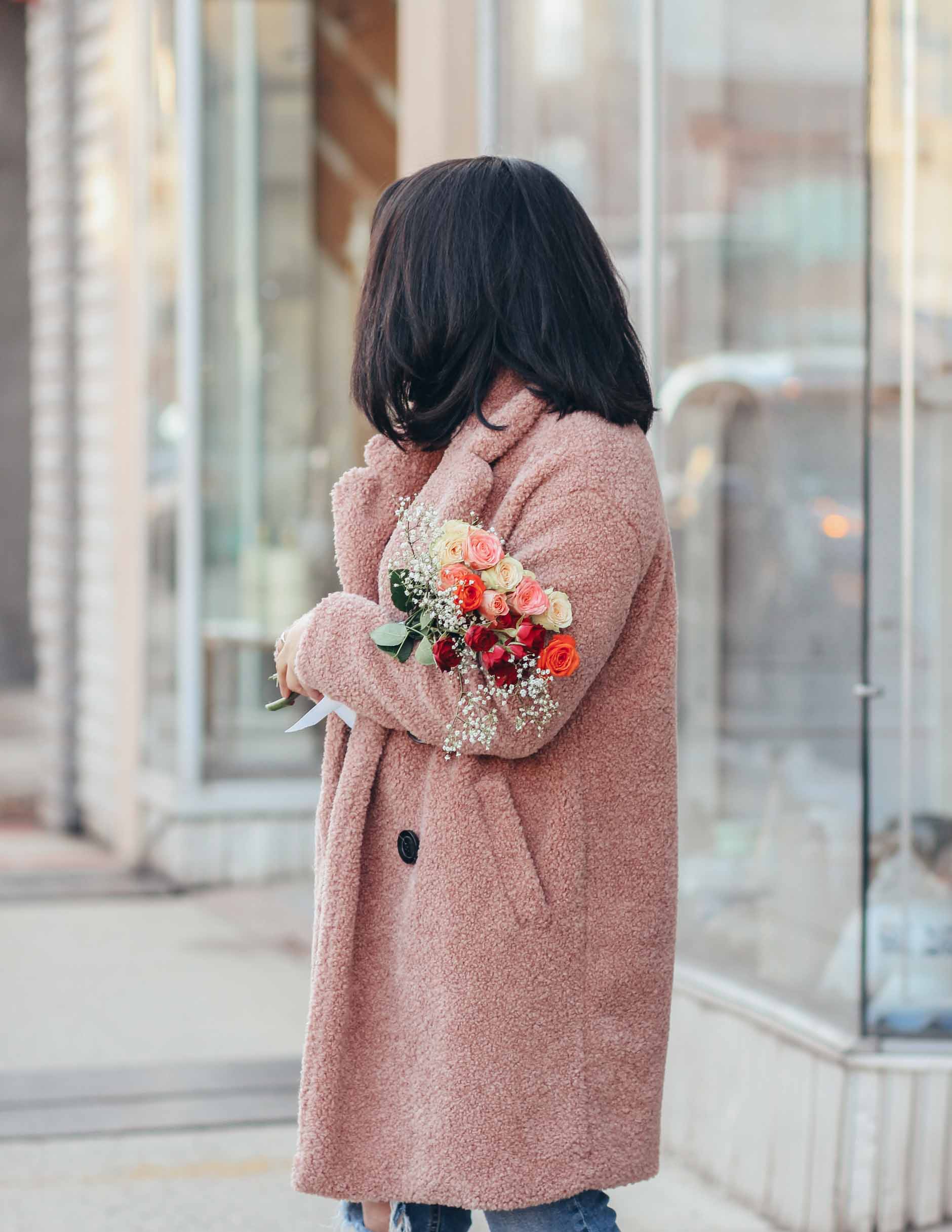 What started out on my thighs and legs has now spread to parts of my stomach, arms, hands, lower back and even my butt. It doesn’t always happen in all of these spots at the same time, but the dermatitis has definitely worked its way around my body. Part of me hates talking about this, but at the same time I think I’ve gotten to a point where I can’t be embarrassed about it anymore.

This is one of my physical flaws. This is just a part of who I am. It has been my #1 insecurity. I’ve edited my skin in photos in the past when flare-ups were severe. I’ve stayed away from wearing swimsuits, tank tops and going to the beach. It’s made me feel as though my body is not beautiful. I have spent years trying to cover it all up and I just can’t do it anymore.

To go along with my theme of self-love for this year, I needed to be able to open up completely and talk about this. I know that so many others deal with different skin issues. Of course, it could ALWAYS be worse. In no way do I want this post to come across as me complaining, but to know me is to know some of my insecurities and personal struggles.

When the dermatitis got worse last year, I knew that it was time to see another dermatologist. He recommended that I get a series of cortisone shots in addition to giving me yet another medicated cream. I didn’t have much luck. The cream turned part of the skin pigmentation on my arms white. You can only see this in person, but when you do, you’ll notice the discoloration.

The cortisone shots did not help either. In fact, the spreading only got worse after the series of shots. I even noticed weight gain, which I’ve read can happen from cortisone. I honestly felt defeated. After seeing three different dermatologists, nothing had changed. Nothing had improved.

This is when I decided to find ways to manage it on my own. After all the creams and trying more lotions than I can count, you know what’s worked?

Coconut Oil. I swear by it. I buy the jars from Trader Joes and apply it to the affected areas of my skin twice a day, whenever I have flare-ups. It is literally the only thing that has helped to control and remove the dry patches. I call it my miracle worker. 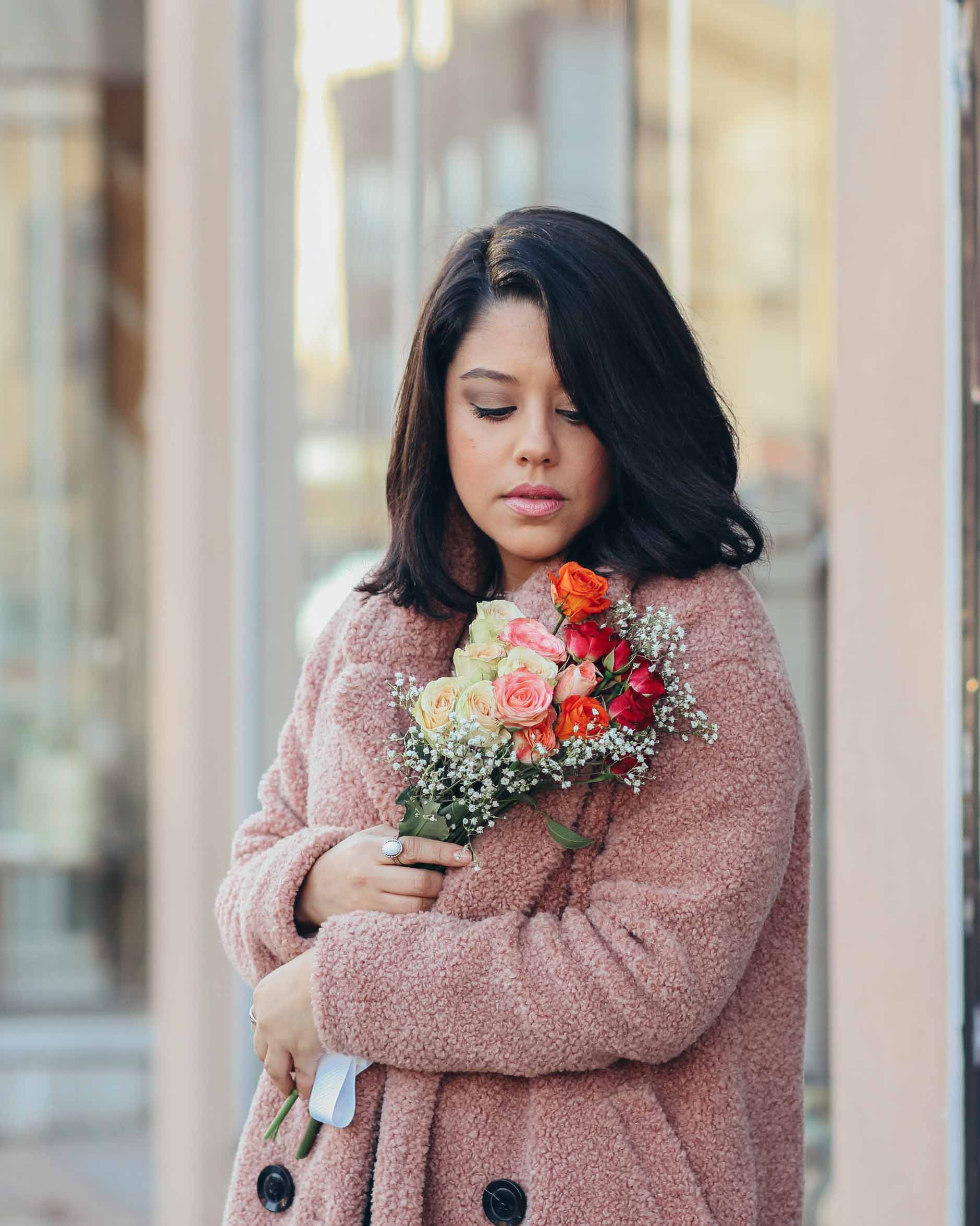 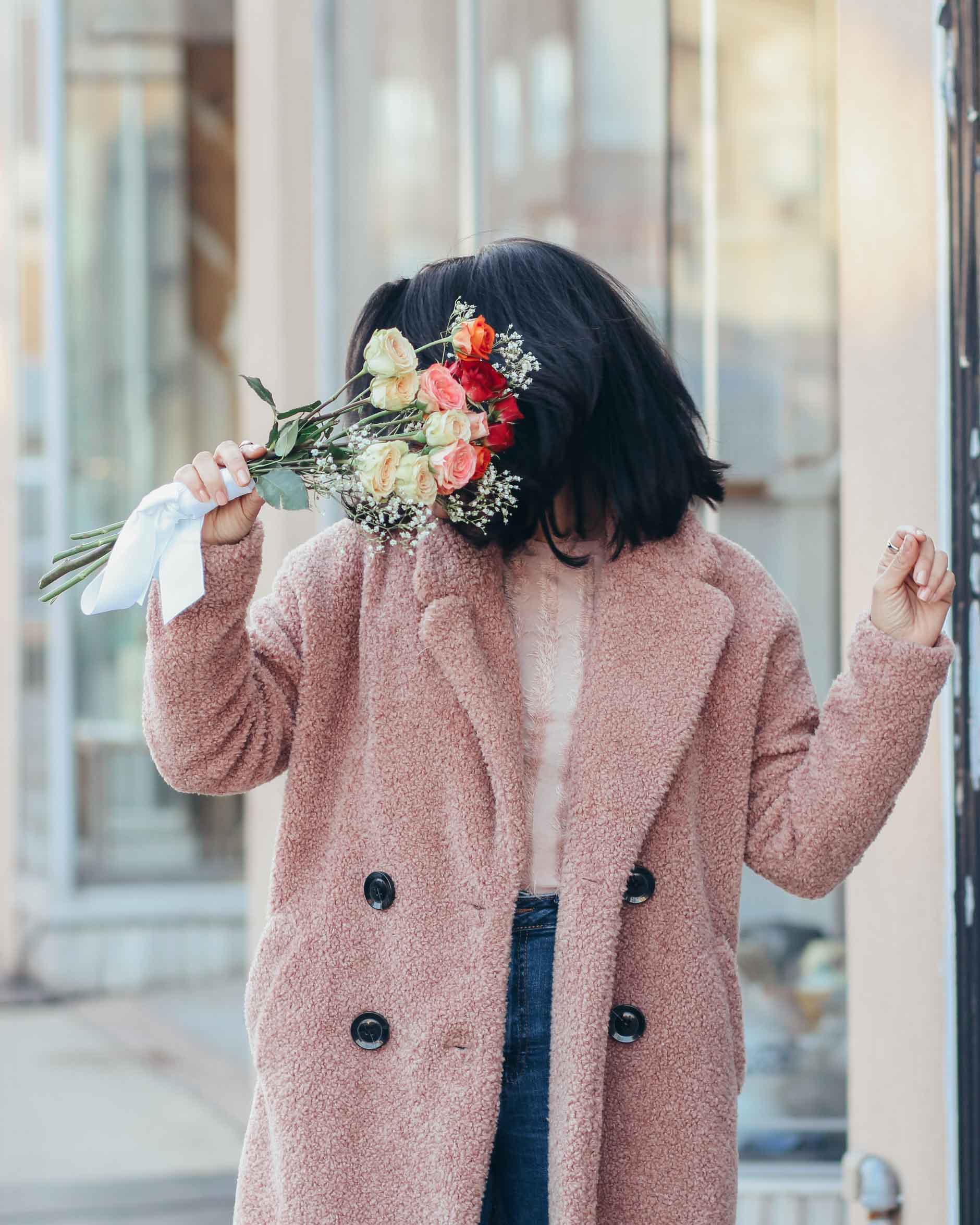 I cut out milk from my diet and officially made the switch to almond milk almost 6 months ago. I’ve been trying to tone it down on dairy altogether, but admit that cheese is a weakness. I don’t think it’s a coincidence that I haven’t had any severe flare-ups this winter after doing so. In fact, I am thankfully at a point right now where my dermatitis is very minimal and not as noticeable this season. Woohoo!

Will it continue though? Not sure, but I’m embracing this for as long as I can.

I’ve also increased my water intake tremendously. What a difference! I was definitely not drinking enough before. Staying active and keeping up a consistent workout routine always seems to make a huge difference for me as well. It’s really just been about adjusting my lifestyle and making these small, yet significant changes.

My dermatitis is chronic so it will never go away forever. I’ve learned to accept this. While it’s definitely been an emotionally draining experience throughout the years, it’s also been very humbling in many ways. It’s given me a huge reality check about our physical appearance and imperfections.

Newsflash: We all have them!

It’s also forced me to take much better care of my health. When I’m eating crappy food consistently, not drinking enough water and being inactive, it’s not just my body that feels sluggish. My skin suffers tremendously in the process. It honestly took me awhile to see the link between the two, but it’s there. And now I am aware. Now I am being proactive.

This is an ongoing process and I’m in it for the long-haul! I found out through Insta Stories that a lot of you have been struggling with different skin conditions too. I would love to know what’s been working for you or maybe what hasn’t worked. Since I didn’t find much success by going to the doctor, I’m totally open to any and all natural options or changes in diet.

Thank you SO much for reading this! I hope that this might have been a little helpful and encouraging for at least one of you. Please feel free to share your own experiences with me below. ❤️