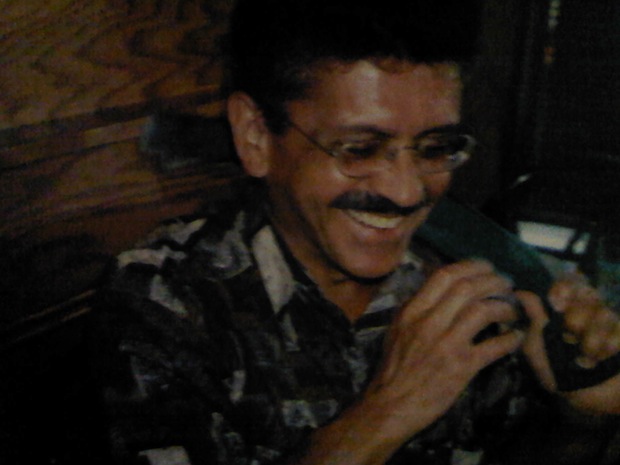 So much of who I am is because of what I lost.  3 years ago today, my father passed away from colon cancer and it still feels like he was just here yesterday.  No matter how much time goes by, it’s a wound that will never completely heal.  Every day I keep myself occupied and although he is always on my mind and in my heart, I force myself not to think about it all.  But every anniversary, it’s something that I know I have to relive and deal with all over again.  And as difficult as it can be, I think it’s necessary for me. I have debated a lot on writing this post because it’s extremely personal, but  it’s also what has pushed me forward in life these past 3 years.  Sometimes talking about it and writing about it is a release that I need.
Every one deals with loss in their own way.  I was in denial for a really long time because I truly believed that somehow he was going to be ok.  From the time of his diagnosis to the last few days of his life, I had watched him deteriorate.  It was like looking at a completely different person and I just couldn’t believe what the cancer was doing to him.  My father had rarely been sick a day in his life.  He always took care of himself.  I think that’s why it was so shocking to us all when we found out about his diagnosis.  I relive that day over and over in my mind.  I tried to be so strong for him but my entire world was falling apart. 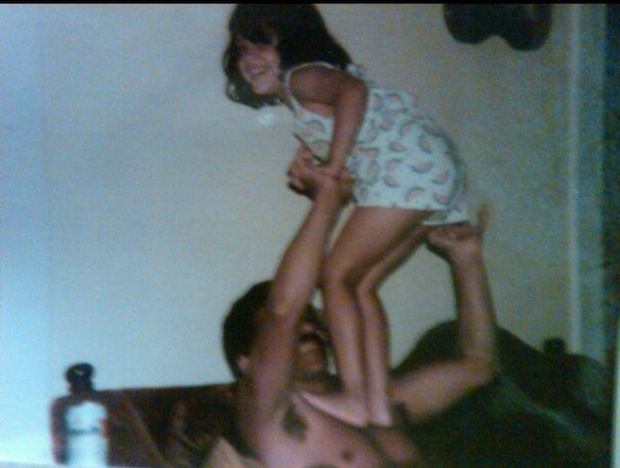 When we are younger we think that our parents are invincible.  We don’t think that anything can ever happen to them.  And I am so grateful that I had him while I was growing up.  He was there for some really big moments in my life.  But then I think of all the moments that he is missing now and the ones he will miss in the future and I am filled with a deep sadness that I can’t put into words.  This anniversary has been really hard on me and I think it’s because I am finally at a good place in my life and he’s not here physically.
The last week of his life was spent in the hospital and so many of us were with him.  I talked my father through his death.  He kept holding on for me and my sister but I had to let him know that we would be ok.  It was one of the hardest things that I’ve ever had to do.  I watched my father take his last breath and I felt his last heart beat.  I held on to one of his hands and had my other hand on his heart.  It’s a memory that will live with me forever.  In his last few seconds he smiled twice and I knew that he went peacefully.  That image will never leave my mind.  It stays with me always. I am thankful that I was there with him in the room when it happened because I think it would have been worse for me if I hadn’t been able to say goodbye. 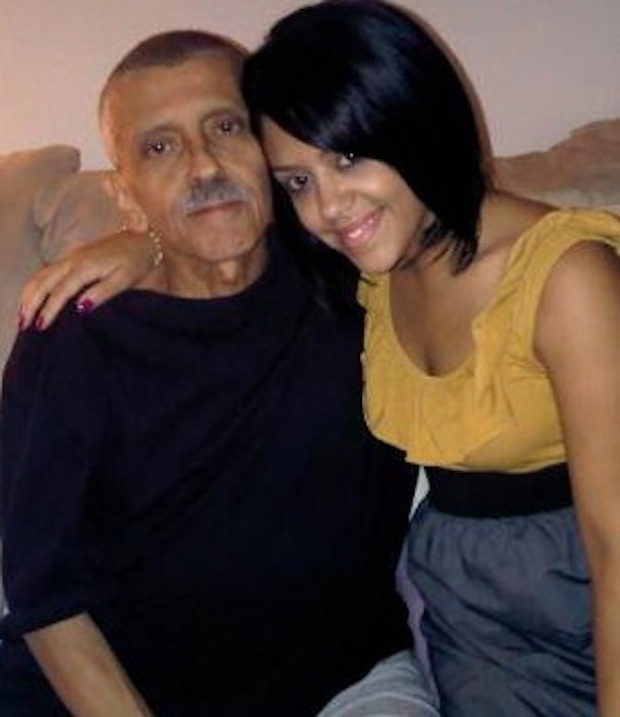 My father was a principle and I was blown away at the amount of people that attended his wake. I met so many teachers that he had worked with as well as his students and they all said the same thing about him.  They told me that he was such an inspiration and that he had inspired them in so many ways.  That really stuck with me.  He left behind such an amazing legacy and being an inspiration is something that people will always remember him for.  He inspired me in so many ways and he taught me so much about life and myself.  He always pushed me to be a better person. I realized in that moment that I wanted to continue that for him.  He is the reason I got my inspire tattoo.  I wanted a word that represented my father and something that would keep me motivated every single day.  This is why I always say that I want to inspire and why it’s so important to me.  If I ever have children it’s something that I want to instill in them as well.

If you have never lost a loved one, it’s difficult to understand how it truly changes you completely.  I am not the same person I was 3 years ago.  I look at my life then and I look at it now and I am really proud of myself for finally going after what I want.  I am more motivated and determined than ever.  I am filled with so much positivity.  I am no longer afraid of uncertainty.  My father was the strongest person that I have ever known and watching him fight for his life the way he did made me realize that I can do anything in life.  I am me because of him. 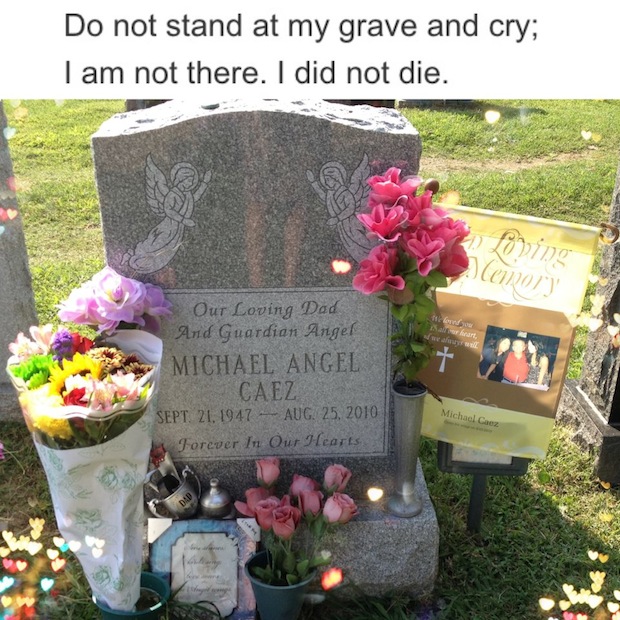 My angel got his wings on 8.25.10
I know that he is watching over me and continues to protect and guide me in life.
Missing and loving you always papa bear.
“I carry your heart.  I carry it in my heart.”