A Candid Conversation About Living In New York City 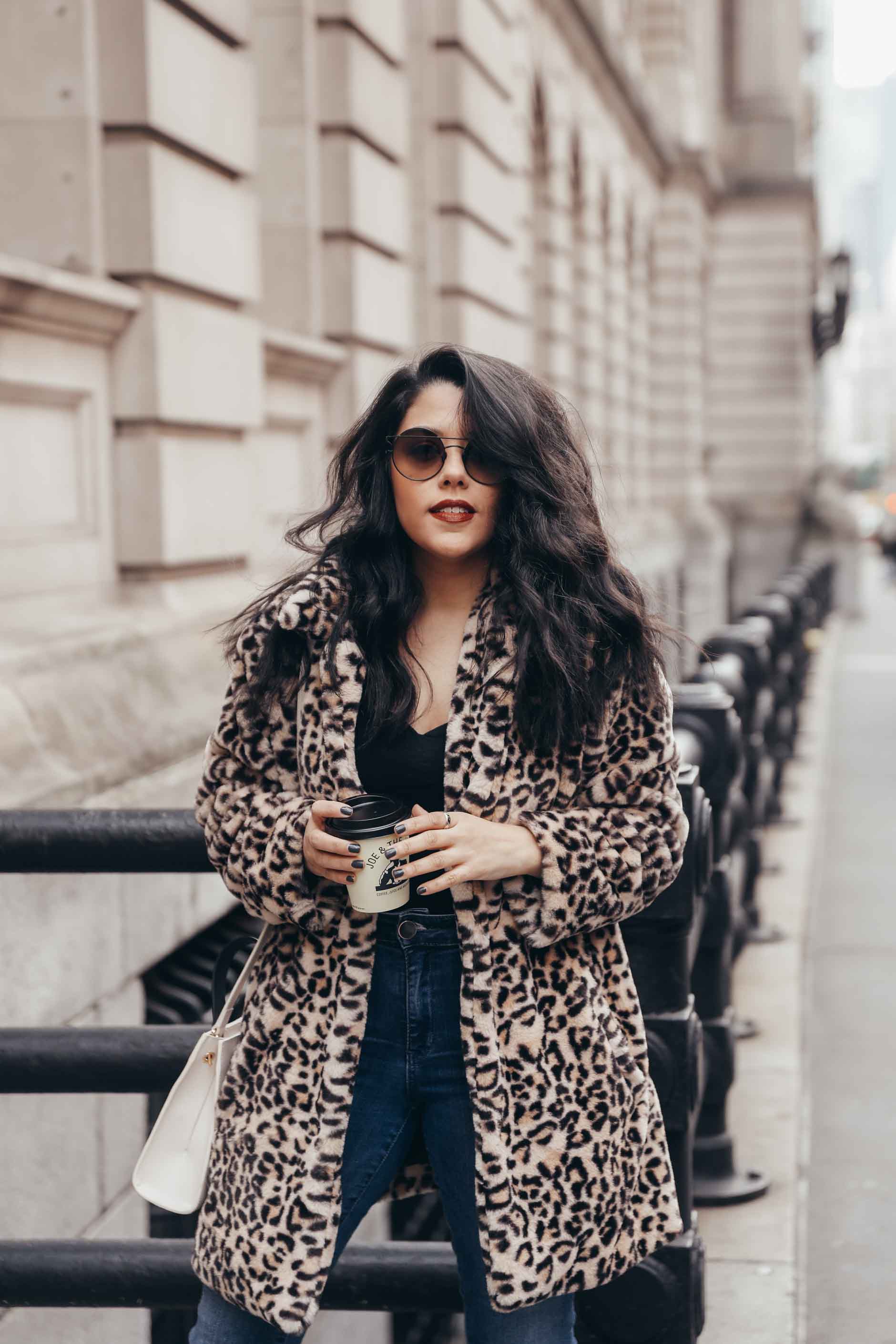 For as long as I can remember, living in New York City was such a big dream of mine. I think back to my senior year in high school when I would drive across the GWB with friends to go shopping and during my 20s when I would spend weekends in NY to enjoy the city that never sleeps. It really doesn’t, by the way. When I visited friends at their apartments I couldn’t help but think of having my own here one day. I would literally envision myself waking up and walking to get a fresh cup of coffee and a bagel for breakfast. (I rarely do that) Or I would think of going out at night and not having to drive myself home. You mean I can just hop in a taxi? Sign me up.

I loved the sense of freedom that the city gave me and this idea of being able to do anything at any time. You could walk outside your apartment and have everything at your fingertips or you’d have the ability to get on the train instead of driving miles and miles to get somewhere. Then of course, watching shows like Sex & The City only heightened those emotions even more because I envisioned having a life like Carrie Bradshaw. I think that most of us did. I forgot in those moments that the show was fictional. And whenever I watched Friends I thought how amazing it would be to live in the city with all of mine – how we would have these fun nights out or cozy nights in ordering food and drinking wine. Sadly, that rarely happens either.

Those were the initial thoughts I had that sparked this dream of mine to live in New York.  As I got further along in my late 20s and early 30s my reasons developed into something deeper and I stopped allowing my imagination to take over. I started to view this dream in a much more realistic way. I realized that living here could help me in my career. I absolutely hated all of the weekly commuting I had to do to attend events and meetings so being here permanently every day would allow me to be more present and create new opportunities. I knew that living alone in NYC would completely take me out of my comfort zone and it would push me in unimaginable ways. It was going to force me to be more responsible and take control of my life. It would make me more of an adult. Basically, it would change me completely and that’s exactly what it has done. 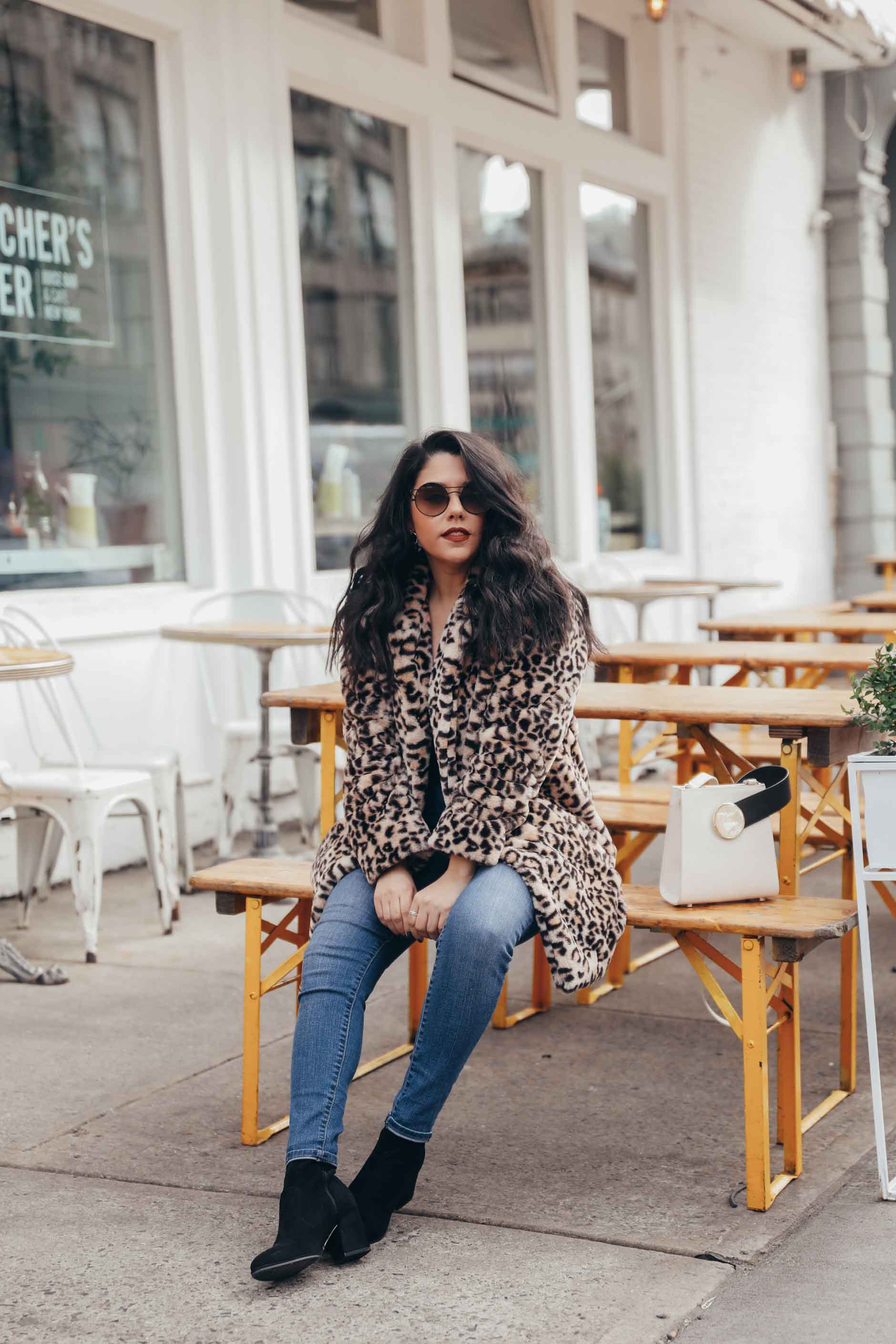 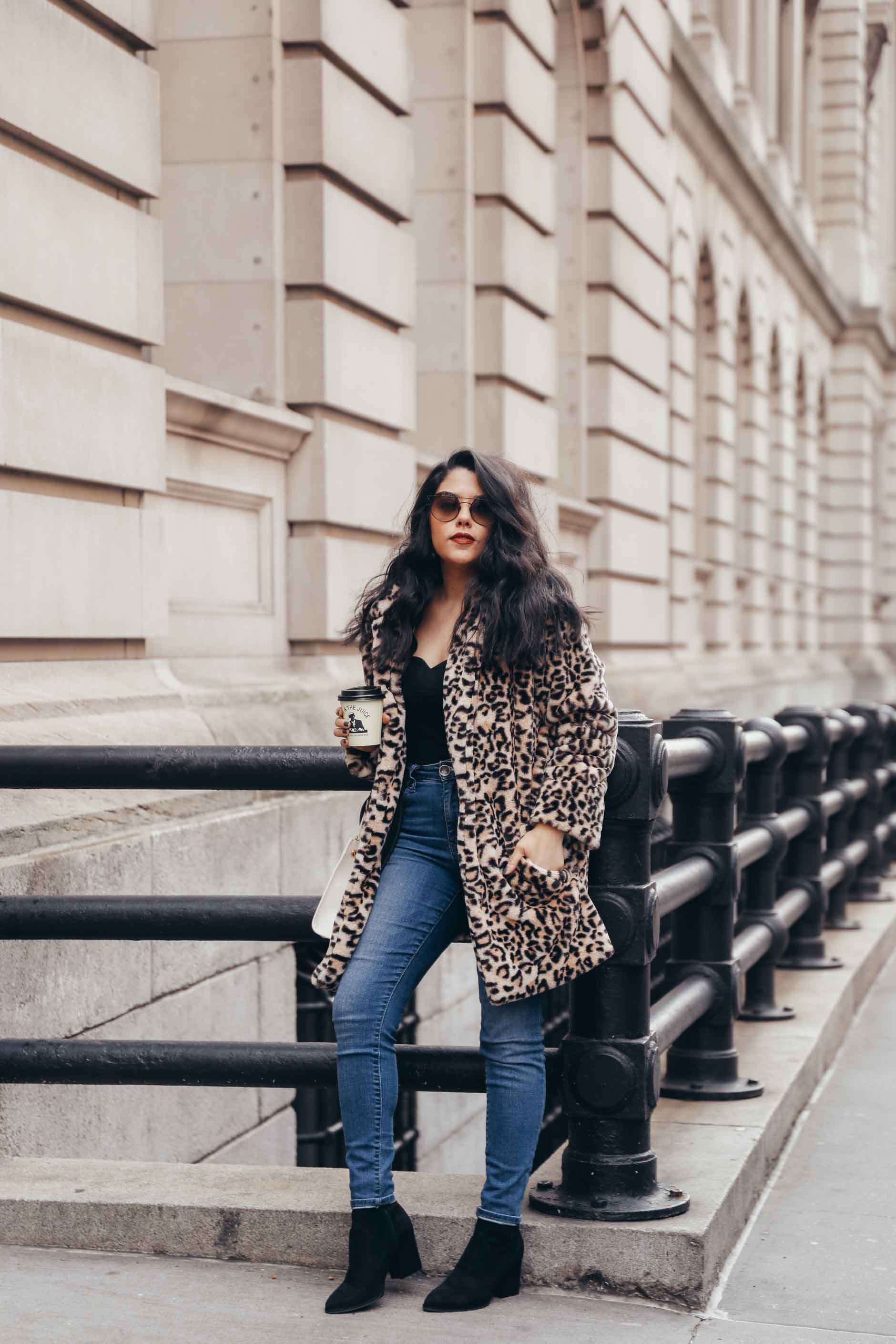 I’m coming up on my 2-year anniversary of living in New York and I’ve been taking some moments to reflect back on how this idea that I’ve had since high school finally came to fruition in my mid-30s. Even though the dream stayed the same, the reasons for it definitely changed and I’m extremely thankful for that. It allowed me to walk into this new chapter of life with my eyes wide open, ready for whatever was about to come my way.

I genuinely do love New York and couldn’t see myself living anywhere else, however life here hasn’t been exactly what I envisioned. In some ways it’s even better and in other ways it’s weighed on me heavily. I think that there’s a lot of harsh realities about living in “The Big Apple” that not enough people openly discuss – especially when you live alone.

We all know it’s extremely expensive, but I didn’t feel the magnitude of that until I moved here by myself. My first year I definitely did a lot socially and as the second year crept up on me I quickly realized that I needed to start making some changes. It’s the little things that really add up, like the $6 latte I’m holding in these photos or the $30 Seamless orders on the weekends. I had to cut back on that, a lot. I pretty much live on the train now and dinners have turned into Happy Hours instead, although I don’t do much of those anymore. If making these adjustments means that you can have extra money in your account each month then it’s definitely worth it.

Living at home with my mom until I was 34 gave me this opportunity to build up my savings account. It took years and a lot of social life sacrifices, but once I hit my savings goal I knew that I was finally ready to move out on my own. I basically wanted to ensure that I would be financially secure for 2 years because I knew that it was going to be extremely difficult to save money once I had NY rent to pay. Since I create content for a living I do not get paid every 2 weeks like most people. Sometimes my payment terms are 45 and 60 days and sometimes even longer when brands do not pay on time. (That’s a topic for another day.) This means that when I don’t have consistent income coming in I am forced to dip into my savings. It’s not ideal, especially when you are also saving for your future, but being able to have that financial security was very important to me. Some months have been more challenging than others. I’ve had several moments where anxiety has overwhelmed me and I haven’t been sure whether or not I’ll be able to keep my apartment. It sucks to admit that because whenever I have those thoughts I instantly feel like a failure, but this is a very real feeling that a lot of New Yorkers have even if they don’t admit it.

The one thing that I admire most about this city is the constant hustle. While at times it can make you feel like you aren’t doing enough, it definitely pushes you. It forces you to be uncomfortable and that’s where the growth comes in. I’ve had some pretty low moments here and I’m actually thankful for them because they have lit this fire inside of me. I spent a lot of time, specifically during the summer months, where I allowed myself to get consumed with worry and doubt. I was constantly questioning myself and my place in life, unsure of the direction that I wanted to take. Admittedly, those thoughts do still seep in at times, but I no longer allow myself to stay in that headspace. Sitting at home in your apartment worrying is not doing you any favors. It’s all about being proactive and taking action to ensure that you can continue living the life that you want to live. 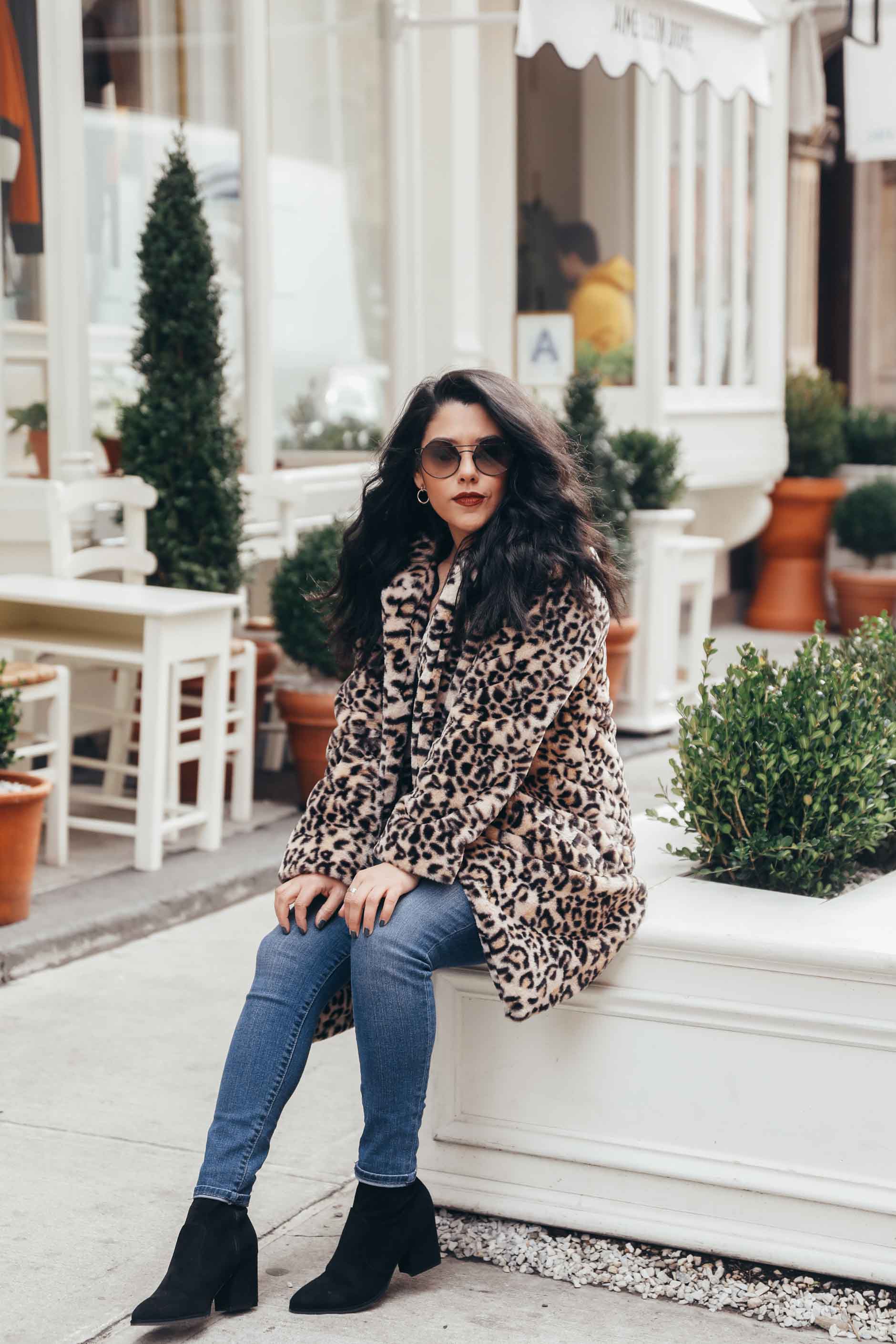 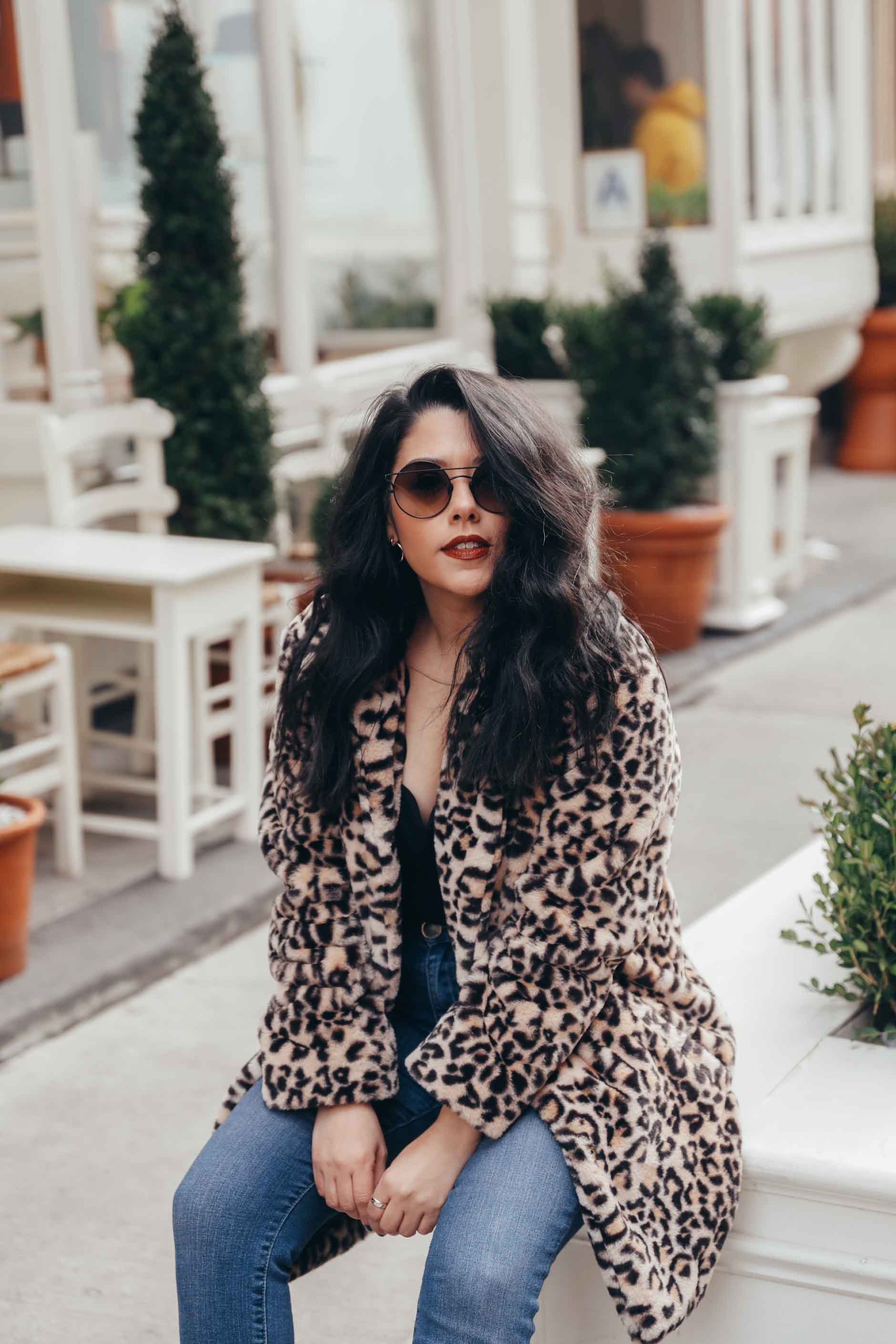 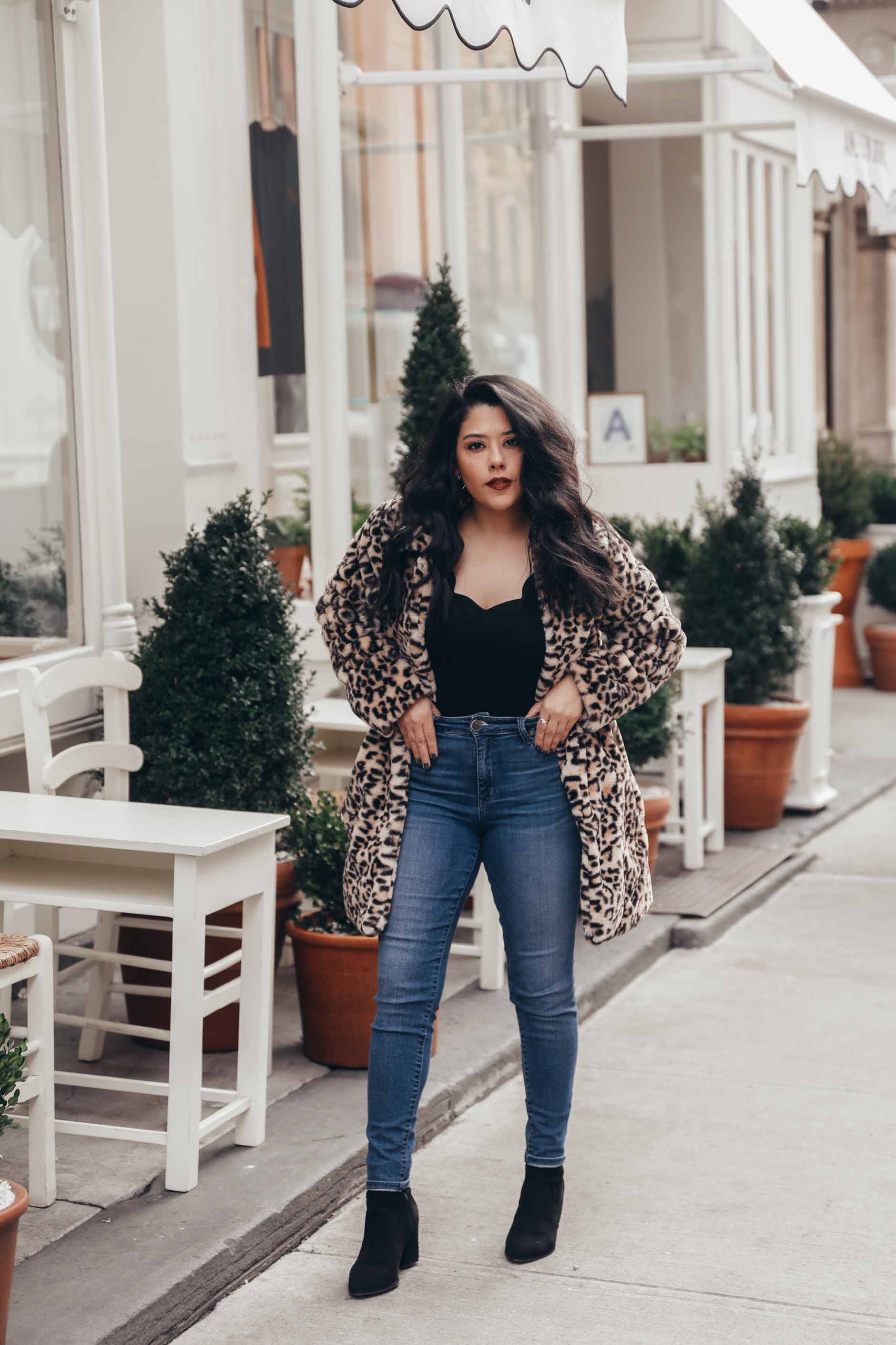 New York is such a vibrant and bustling city with millions of people, but it can definitely feel very isolating at times, especially when you live alone and work for yourself. I enjoy my own company and I am comfortable with my solitude, but it does get a little lonely. I think that things would have been very different for me if I had moved here in my 20s, but now that I am 36 all of my close friends are either married or in relationships. I’d be lying if I said that didn’t affect me occasionally, but it definitely makes me appreciate the time I get to spend with them even more.

I am obviously still single. Don’t even get me started on dating in New York. I think that’s a conversation for another day too. Ha! There are so many ways to meet new people though if you are willing to put yourself out there. I’ve formed closer friendships in my industry and it’s always fun to go to events with them or meet for coffee. Another great way to meet new people is at group fitness classes. Last year I spent a lot of time at SoulCycle, but over the last few months I’ve been at Rumble quite often. You start to see some familiar faces and it’s a nice way to connect over a common interest. I want to be more mindful of this in 2020 so that I can continue creating new friendships, even if it’s just to have someone to grab a drink with.

My point in saying all of this is that while yes I do get lonely and sometimes struggle financially, there are definitely more things that I can do to put myself out there instead of staying home feeling sorry for myself. If there’s one thing that New York has taught me it’s that life is what you make it. It can be so easy to get consumed with doubt, but the important thing is to use that as fuel to hustle a little harder in every aspect. Let it inspire you and push you to be better.

I didn’t know the direction that this piece would take when I started writing, but ultimately I wanted to have a candid conversation about living in New York by sharing some of the things that I have personally struggled with. I wish that there was more discussion on social media about this topic because I know so many others who find themselves struggling with this too. If you live in New York or anywhere on your own for that matter I would love to know what your own experience has been. Thank you so much for reading and continuously allowing me to share so much with all of you! ❤️